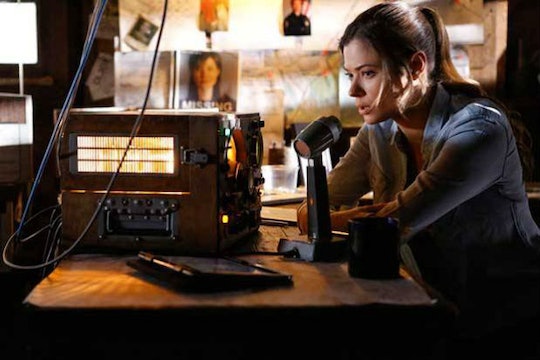 'Frequency's Days May Be Numbered

While many shows are returning for the winter half of their seasons, other shows are coming to an end. The CW's newest sci-fi series, Frequency, is ending it's first season on Wednesday, Jan. 25, leaving many to wonder will there be a Season 2 of Frequency? It was announced back in November that The CW wasn't ordering additional episodes for the show's first season, and instead it would conclude with only 13 episodes under it's belt. Still, that doesn't necessarily mean the show will be cancelled.

Shortly after the finale airs, the entire first season will make it's way to Netflix only a week later. If the show does well on the streaming site, it's likely The CW will give the show another season to prove its worth. Therefore, fans of the show should definitely give the first season a rewatch once it hits the streaming service and try to convince others to watch it as well. Unfortunately, if the show doesn't do well on there, it definitely may be in danger of cancellation.

The show's ratings have been up and down throughout most of it's first season. According to TV Series Finale, the show hasn't been able to draw back in the 1.352 million viewers it garnered for the premiere episode and hasn't even cracked a million since it's sixth episode.

With that being said, you never really know what a network will decide to do in the end. Frequency could be given another chance to shine, but for now it seems too early to call. The show, which is based on the 2000 film of the same name, follows the story of Raimy Sullivan, who discovered she was able to communicate with her father in the past through a radio, despite the fact that he died in 1996. Though Raimy tried to save her father's life, the changes they made to his past end up altering her future, forcing them to figure out how to fix it.

Starring Peyton List, Riley Smith, and Mekhi Phifer, Frequency has a great cast and it's sci-fi themes fit right into The CW's line-up. It'd be sad to see the show go since it does have some serious promise, so make sure to tune in for the finale and binge it on Netflix if you haven't seen it before. Let's keep this show alive and give it the chance it so deserves.