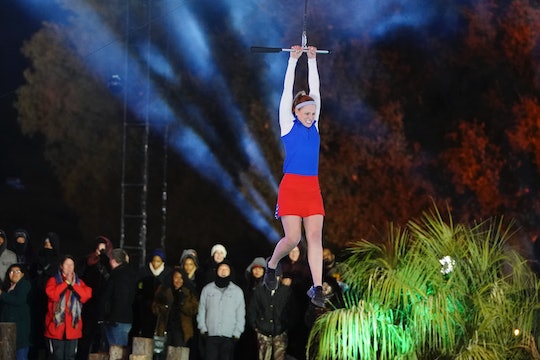 Who Knows What's Next For The World's Kookiest Game Show, 'Holey Moley'

ABC served up a supersized competition show this year with executive producer Stephen Curry. So, will there be a Season 2 of Holey Moley? Game shows are one of the few options for fans who prefer their summers reality TV drama free. I'm sure Curry's fans are rooting for him to score a slam dunk with a Season 2. Or a hole-in-one. Since he plays both sports does it matter what metaphor I use?

Whichever metaphor you prefer, Holy Moley's fate is still up in the air. I couldn't find any evidence that it's been cancelled or renewed yet, but that's not necessarily a bad sign. It's common for any series to get renewed after the finale of the current season airs. Holey Moley's Season 1 finale airs Thursday, Aug. 22 with a two-hour episode, so there is still plenty of time for it to be renewed.

In case you're late to the party, on the show 12 contestants compete in 10 rounds of mini-golf and Vulture's Jen Chaney explained the rest of the concept best. "Holey Moley combines the obstacle-course features of Ninja Warrior — or, more accurately, the defunct ABC series Wipeout — with mini-golf, resulting in holes that have classic mini-golf obstacles but also zip lines and rolling logs that could knock a less-than-alert golfer out cold," she wrote. If the show sounds absurd, that's because is. In fact, its goal is to be as absurd as possible, and as Chaney said, that's why it works.

Of course, every game show is more fun when money is on the line, and the last person standing on Holey Moley receives $25,000. Not too shabby. If I knew a few golf terms I may give it a try myself. But I don't, so I'll happily leave the task of surviving this wacky course up to the contestants. They're the golf professionals — most of the time.

I admit that the wipeouts are more fun to watch, but occasionally a contestant hits a shot so difficult your jaw may drop watching — like the shot golf course manager Allison hit on the Aug. 1 episode to get to the next round of competition. She nearly got hit by the two giant windmill blades daring the contestants to test them, but when her ball eventually slid backwards into the hole she screamed to the audience, "That was a miracle, you witnessed a miracle."

If watching (potentially) skilled golfers take on giant windmills on extreme obstacle courses isn't your thing, tune in to the last episode of the season to watch some of your favorite sports stars try their hand at comedy. Curry has small skits on each episode and according to the video tweet above, pro golfer Michelle Wie will be a contestant on the season finale and gymnastics star Gabby Douglas will guest commentate along with comedian Rob Riggle, ESPN sportscaster Joe Tessitore, and Jeannie Mai as a sideline correspondent.

There's no backstabbing involved on this summer game show, but there's always the chance a blade will stab you in the front.

More Like This
'Virgin River' Has Wrapped Filming Season 5 & OMG Is Charmaine Still Pregnant!?
20 Heartwarming Episodes To Help Prepare Your Child For A New Sibling
Here’s How To Watch The National Dog Show On Thanksgiving Day This Year
Rubble From 'PAW Patrol' Is Getting His Own Spinoff Series Full Of "Messy Demolition"