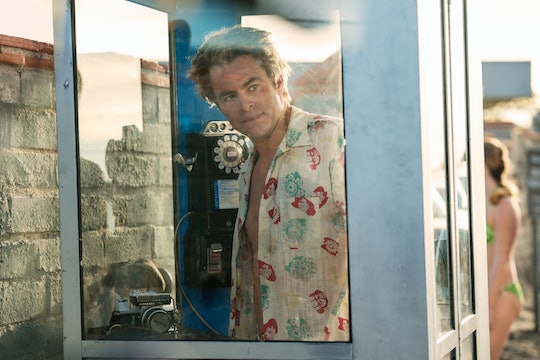 The story of TNT's upcoming series I Am the Night is a complicated one. It's simultaneously the personal story of one girl finding her birth family and an embittered journalist's search for the Black Dahlia's killer. It's so complex that it's difficult to imagine how every important reveal can be delivered in just six episodes. So will there be a Season 2 of I Am the Night?

There's no indication that the series will be picked up for a second season, at least not right now. TNT hasn't made any announcements about the show's future ahead of its Jan. 28 premiere. And I Am the Night has been routinely referred to as a miniseries or limited series by various publications, including TV Line. That implies that the show will be over after its six episodes have aired.

However, there have been cases of limited series going on to spawn second seasons because they proved to be so popular. HBO's Big Little Lies was going to be limited until it caught on with the audience, and now Season 2 will debut sometime this year, according to IndieWire. Anything can change in the future, but right now I Am the Night seems like it will be a single season.

The show focuses on two characters: young Fauna Hodel (India Eisley), who is searching for her birth family, and washed-up reporter Jay Singletary (Chris Pine). Their journeys intersect as they both draw closer to Los Angeles gynecologist Dr. George Hodel: the real-life Fauna's biological grandfather and a major suspect in the Black Dahlia murder case. He was never arrested or convicted for the murder of Elizabeth Short in the late 1940s, but he remains a popular guess for the identity of the still-unknown killer.

I Am the Night is based on Fauna Hodel's memoir One Day She'll Darken, which explores the events that led to her uncovering her family connection to Dr. Hodel. Fauna was placed for adoption by Dr. Hodel's teenage daughter Tamar, who had fled from home after alleging that her father raped her when she was 14 years old. Her birth certificate indicated that she was mixed race and she was raised by an adoptive African American family in Nevada. But there was a lot about her past that she didn't know, and that was why she chose to travel to Los Angeles to figure it all out.

The series covers a lot of ground. There is the true story of Fauna Hodel's family, plus her grandfather's theoretical involvement in the very real murder of Elizabeth Short. Pine's portion of the story is strictly fictional, but his character has his own demons to conquer. Depending on how fast the show moves, it could hit every major plot point over the course of one season, so its short episode order might end up being just the right amount of time to tell the story it wants to tell.

However, if the audience response is overwhelmingly positive, who knows what might happen? The network and series creators could be inspired to go further, but right now I Am the Night is still just a limited series.