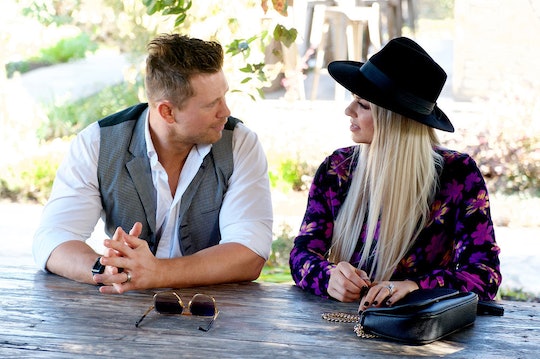 After watching Michael aka "The Miz" and Maryse Mizanin dominate the world of wrestling for years, fans got a look inside their everyday lives with the USA reality series, Miz & Mrs.. Season 1 followed the couple as they became new parents and traded in their fast-paced Los Angeles lifestyle for a quiet life in Austin. As the season comes to an end, viewers are probably wondering if there will be a Season 2 of Miz & Mrs..

Luckily, fans will get to dive into a whole new chapter of Miz and Maryse’s life next year. Back in April, USA announced Miz & Mrs. was renewed for Season 2, and that it would continue to follow the couple’s adventures through parenthood with their baby Monroe, Maryse’s mother-in-law Marjo, and their high-profile career in the WWE.

The series’ renewal doesn’t come as much of a surprise, considering how well it’s done in terms of ratings. As reported by Deadline, Miz & Mrs. became one of USA’s top unscripted shows when it premiered, and it’s first three episodes averaged nearly 1.7 million viewers.

In an interview with Newsweek, the couple talked about how refreshing it felt to share their lives with their fans, and allow people to see that they’re not the villainous characters they portray in the WWE. “We enjoy it because we get to do what we want to do,” said Miz. “And get to showcase our lives and who we are and show a different side of us. People know us from WWE and they see Maryse and they think ‘what a b—’ and they see me and go ‘he's so egotistical, and arrogant and a jerk.’ And it's nice, it's a breath of fresh air to see us in a home setting instead of a WWE ring.”

They also revealed they are expecting baby number two, and that the second season — which is currently filming — will cover their new pregnancy journey. “Now that we have a baby, Monroe is 15 months old, I'm looking after her all day and I'm just like we might as well start filming because there's no downtime for a baby,” Maryse told the outlet. “It's just what it is. The first time, I thought that I could just go to sleep, but this time I can't. The second time around you know what to expect. Heartburns are so bad now, if I wasn't pregnant I would check in at the ER, but I know I'm pregnant so it's ok.”

When talking to Hollywood Life, Miz and Maryse explained they didn’t know for sure they would get a second season, but now that it’s been given a green light, they’re excited to keep documenting their lives. “We don’t really know when we start filming and when we started to film this season,” said Maryse. “We didn’t know, because we didn’t know what the future was going to be so things just started to happen like I got back to the WWE. I didn’t think I was going to and then I got pregnant and now we are moving back to Los Angeles. If someone told us like six months ago that, ‘Oh hey, What’s going to happen!’ I would have been like, ‘I don’t know!’ It just happens!'”

Fans will get to see exactly what happens with Miz and Maryse in Season 2 of Miz & Mrs.. USA hasn’t confirmed an exact premiere date yet, but viewers should expect the new season to drop sometime next year.