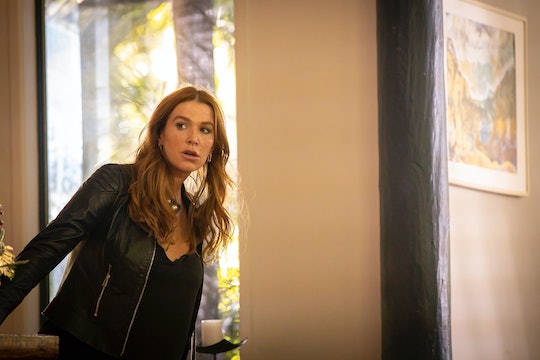 Your Summers Won't Be The Same Without 'Reef Break'

Reef Break has turned into one of the hottest shows on ABC, and fans can’t seem to get enough of the breezy new crime drama. All summer, viewers followed thief-turned-fixer Cat Chambers (Poppy Montgomery) as she used her expertise to help an island government catch its worst criminals. Now that the season finale is here, fans are wondering if there will be a Season 2 of Reef Break to look forward to next summer.

As of now, ABC hasn’t confirmed a second season, so fans will have to wait until the network makes a decision. Most networks, including ABC, tend to renew series based on ratings and buzz. So, if Reef Break winds up with the overall viewership numbers ABC is aiming for, there’s a good chance fans will see more of the tropical crime drama next year.

While network executives mull over the numbers, fans can take comfort in knowing that the series’ lead actress and showrunner, Poppy Montgomery, has already mapped out a second season. In an interview with Hollywood Life, she talked about the finale and how it could lead fans into a potential Season 2. “It does end on a cliffhanger, actually on a really big cliffhanger, and Cat finds herself really on the wrong side of the law so it all kind of goes south in the last 2 episodes,” she explained.

She also revealed she wants to begin exploring Cat Chamber’s mysterious past next season, and give viewers a sense of where the character came from. “I think her past, how she ended up who she is and where definitely needs to be explored more,” Montgomery told the outlet. “And her pro-surfing past and her criminal past. She ran with a gang of bad surfers so I’d like to see us dive into that more.”

When talking to Collider, Montgomery noted that she’s completely open to the idea of creating another season, but the decision must be made by the network and the audience. “It’s hard because you never want to jump the gun and say, ‘So, in Season 2 . . .,’ but you also want to be prepared, if the audience responds,” she explained. “It’s really up to the audience, ultimately, if we succeed or don’t succeed. If people enjoy it and tune in, then great, we’ll be back. If they don’t, we won’t. Once the network airs the show, the audience decides.”

The showrunner also told the outlet that producers are gauging the show’s popularity to see what works and keep the audience engaged. “So, we’re looking and tracking social media and seeing what people are enjoying, and what parts they like and don’t like,” Montgomery revealed. “Season 1 is always very experimental for the creatives because we’re learning as we go and we’re taking all of that information in.”

So, from the looks of it, Poppy and the rest of the Reef Break crew are ready to bring the show into another season, and that should bring some comfort to fans. However, the ultimate decision remains with ABC, and it’s possible fans get an official announcement in the next few months.