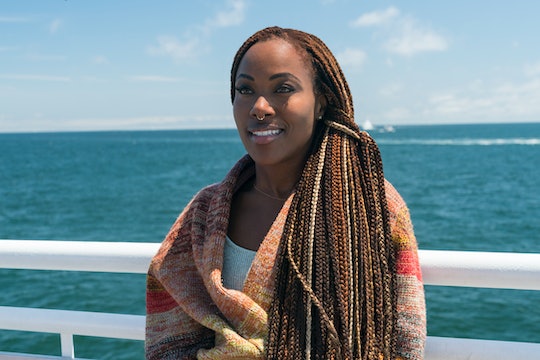 Season 1 of Netflix’s She’s Gotta Have It introduced viewers to Nola Darling (DeWanda Wise), a Brooklyn artist who reclaims ownership of everything in her life, including her art and relationships. It’s been over a year since the first season dropped, and if you’ve been waiting to get another dose of Nola’s fierce feminist vibes, you’re probably wondering: will there be a Season 2 of She’s Gotta Have It?

Luckily, you’ll be seeing more of Nola, and it will be much sooner than you think. In a press release, Netflix announced that the nine-episode Season 2 of She’s Gotta Have It will premiere on Friday, May 24.

“Struggling with newfound success this season, against a backdrop of black art and culture, Nola must decide if she will remain true to her creative ideals or give in to the corporate world,” Netflix described the new season. “Her journey of self-discovery helps transform the lives of those around her, including friend and sometimes lover Mars Blackmon (Anthony Ramos), who sets out to pursue his true passion of music as well as her inner circle of Opal (Ilfenesh Hadera), Greer Childs (Cleo Anthony), Jamie Overstreet (Lyriq Bent), Clorinda Bradford (Margot Bingham), Shemekka Epps (Chyna Layne) and Winnie Win (Fat Joe). Their journey expands to new destinations this season beyond their home base of Fort Greene, the vibrant Brooklyn enclave, that continues to evolve and change as gentrification remakes the neighborhood.”

The series comes from legendary writer and director, Spike Lee, and is based on his 1986 film of the same name. In an interview with Black Film, Lee revealed how he wanted to add depth and diversity to Nola’s story this season, so he chose to use different writers for each episode.

“This is the pivotal season because we want her to go to five seasons,” he said. “Season 2 is “now what? Where are we going to go?” That was a big challenge and we had some great writers. We wanted all the characters to live their life and to show the struggles that everybody goes through. They are different struggles but still struggles itself, in particular Nola.” He also noted that the upcoming season would be taking Nola out of Brooklyn for two episodes, sending her to an artist’s retreat in Martha’s Vineyard in one and to Puerto Rico in another.

When talking to IndieWire, Wise talked about where the new season picks up and what fans can expect to see from her character. “It’s 18 months later, so we all know what could happen in a-year-and-half’s time,” she said. “One of my favorite things …is thinking about my own career as an artist, you don’t come back to her and she’s super famous. We’re not coming back 18 months later and she’s like a super-accomplished, prolific, visual artist. No, she’s still fighting and struggling and working through issues.”

So, now that you know all about Season 2, all you have to do is tune in to Netflix this weekend, and you’ll be back in Brooklyn with Nola in no time.