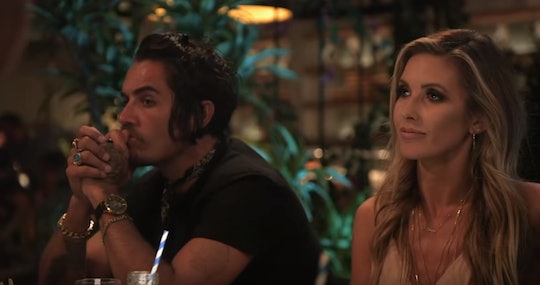 'The Hills: New Beginnings' May Return Without One Cast Member Next Year

When MTV rebooted its popular reality series, The Hills, earlier this summer, fans were thrilled to see their favorite California socialites back in the spotlight. As expected, the series dove straight into the drama, with many original cast members returning to hash out their old issues. Seeing these reality stars-turned-celebrities back in action is a treat for fans, and many are now wondering if The Hills: New Beginnings will return for Season 2.

In a recent release, MTV announced that it’s renewing the series for another season, while revealing it is the number one cable series among adults aged 18 to 49. The network has yet to confirm an official premiere date, but considering the current season debuted in June, if the MTV follows the same production schedule, fans would likely see the series return with a new season sometime next summer.

There’s no word yet on who will be in the cast of Season 2, but I’m sure fans are counting on seeing their favorite stars return. Season 1 brought original cast members Stephanie Pratt, Spencer and Heidi Pratt, Audrina Patridge, Brody Jenner, Frankie Delgado, Whitney Port, Justin Bobby and Jason Wahler back together after nearly 13 years, and introduced new faces including actress Mischa Barton and Brandon Lee.

But there is one cast member who’s already decided to skip out next season. As reported by People, in a recent Instagram exchange with fans, Stephanie Pratt said she wouldn’t return for Season 2. For years, Stephanie has been at odds with her brother Spencer and sister-in-law Heidi Pratt, and it could be the reason why she’s not planning to come back.

In a recent Instagram post, Stephanie lashed out at the couple, noting how exhausted she is with their drama. “I’m drained from this year,” she wrote.

So happy to be back home in London, where evil siblings don’t exist... but instead the MOST lovely people in the world- you guys are my family these days — Spencer often screamed that everyone hates me, is fake nice to me and to go back to London because no one wants me here — and Heidi- I have no words for how evil you truly are- you had no choice to admit all of the lies you’ve been spewing about me was for a magazine cover.

I can’t blame Stephanie for not wanting to return. Having issues with your friends is hard enough, but when the drama is with your own family, it must be really tough to work around. The other cast members haven’t addressed whether or not they'll return for Season 2, and MTV hasn’t disclosed any casting details yet. I guess it all depends on what goes down this season, and how everyone involved feels about coming back together again for the drama. If Stephanie decides to bail on Season 2, the show may find a new replacement, or perhaps even try to convince original cast members like Kristin Cavallari or Lauren Conrad to return. Fingers crossed.