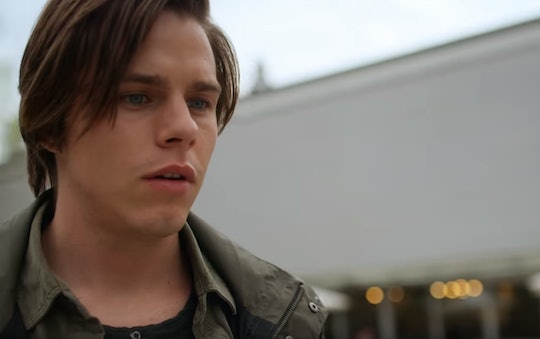 Fans Are Dying To Know What Happens Next On 'The Order'

Netflix just dropped its new original series, The Order, and viewers are already hooked. The supernatural horror-drama follows a college student who plans to avenge his mother’s death by joining a secret society that opens him up to a world of magic and monsters. If you’ve already watched through the first season, you’re probably wondering, will there be a Season 2 of The Order?

Unfortunately, there’s still no word on a second season of The Order, but if the show does well for Netflix and maintains a steady buzz, there’s a good chance the streamer will renew the series for another season. Considering the first season just premiered, it might be a while before viewers get confirmation of a potential second season. But if the show is renewed, you should expect to see it hit Netflix early next year.

The ten-episode first season is centered around Jack (Jake Manley), a freshman who just started college at Belgrave University. Along with his maternal grandfather, Peter aka "Pops" (Matt Frewer), Jack is obsessed with getting revenge for his mother’s death. He finds a way to get recruited into the Hermetic Order of the Blue Rose — a secret society on campus that deals with all things supernatural.

Through the Order of the Blue Rose, Jack befriends Alyssa (Sarah Grey), a university tour guide that knows more than she lets on. Soon, he realizes that the magic and monsters the Order members are dealing with are actually real, and soon finds himself in the middle of some supernatural mayhem and mystery on campus.

In interviews with TV Goodness, showrunner Dennis Heaton and writer Rachel revealed they were looking forward to a second season of the show, but didn’t confirm any news. Heaton told the outlet that he’s been a lifelong horror buff, so working on The Order gave him a chance to cover elements of the genre he hadn’t done before. He said the the concept of the show came to him after he pitched another werewolf-based script to Netflix, and they asked him to try something different.

“We both agreed we wanted to try something different with the mythology,” said Heaton. “One of his things was, ‘If the moonlight is just a reflection of the sun, why don’t werewolves turn into werewolves in the daytime?’ And I thought that was a really good point. Let’s come up with another reason why they transform.”

He said that from there, his idea spun into other things he loved about horror — including magic and secret societies — which turned the series into a “cauldron” of different elements that he admired. Heaton also told TV Goodness that he ended each episode with a cliffhanger because he knew Netflix viewers could watch them back-to-back.

“And each episode has its own self-contained story so someone can watch it and it cliffhangers into the next one and hopefully they’ll want to keep watching and follow the thread,” he explained. “We can lay some foundation in episode one for something that will happen in episode five and we can play with foreshadowing and aspects like that as well. You have to look at the canvas as a singular ten-hour event but also as these ten parts, and I said, ‘I’m going to do this as five parts.’”

But the final episode also ended with a major cliffhanger (no spoilers here), which is probably why fans are so eager to get another season. Hopefully, Netflix will announce their plans for the series soon so that fans can be on their way to speculating what happens next season.

The Order is currently streaming on Netflix.