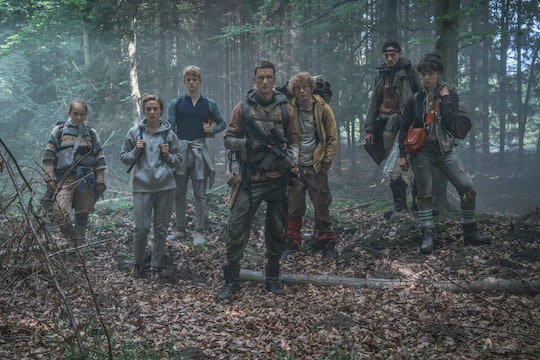 Netflix continues to broaden its horizons with new content and the streaming platform's latest venture is The Rain, its first Danish original series. The new show has already stirred up a lot of buzz, which is why it shouldn't be surprising that people are already asking: will there be a Season 2 of The Rain?

Unsurprisingly, the new series hasn't been picked up for another installment just yet, but that doesn't mean it won't be at some point in the future. It'll all depends on how many people decide to tune into the show now that it's streaming on Netflix. Most likely if the show does as well as it's expected to, there will definitely be another season at some point.

If you haven't heard about The Rain yet, it's a new sci-fi dystopian drama series that follows two Danish siblings six years after a virus carried through rain wiped out almost all the humans in Scandinavia. The siblings — Simone and Rasmus — survived by living in a bunker their father left them in. Unfortunately, their father never returned to retrieve them and the siblings ultimately decide to venture out on their own only to discover civilization as they knew it is gone.

The pair end up joining a group of young survivors and together they work their way through Scandinavia searching for any sign of life. As is the case when civilization no longer exists, the group loses all sense of societal rules, which naturally causes conflict. But even though the show takes place in a bleak future, it's still a coming-of-age story that deals with romantic and familial love.

The trailer for the series also seems to hint there's something about Rasmus that's really important to what's going on with the world. When their father left them in the bunker he went out to find a cure and told Simone to protect Rasmus because he was "the key to it all." So one has to assume that, whatever this virus is, perhaps either the father had some hand in creating it or Rasmus is somehow also tied to the cure. Either way, this definitely adds a bit of mystery to the incredibly dark show and this will surely come up at some point during the season.

Like with most Netflix series, the entire first has been released and includes eight, hour-long episodes, so it's totally possible to marathon the show in a day, if that's your kind of thing. Or you could try to stretch it out since, knowing Netflix, if there is a second season, it won't be coming anytime soon. But also, you may want to pace yourself because the show has been described as being quite grim. Games Rader said the show is "hard to watch" and "necessarily dark and brutal." Thus, you may want to take a break between episodes to watch something a bit more uplifting. Or maybe you just want to push through so you can get answers about what's going on in this world.

Any way you watch it, you should definitely tune in. It could very well be another hit for Netflix. The Rain is now streaming on Netflix, so you can now see what all the fuss is about.