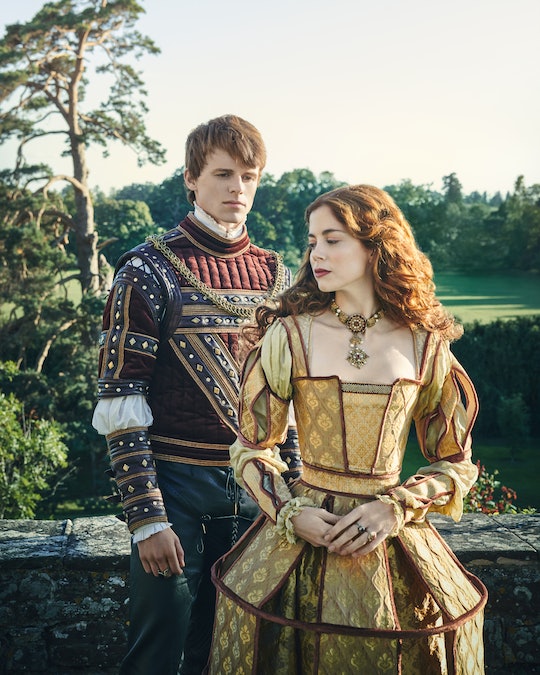 Catherine & Henry's Story Continues On Season 2 Of 'The Spanish Princess'

Starz's latest miniseries, The Spanish Princess, tells the compelling story of King Henry VIII's first wife, Catherine of Aragon. So far, viewers have seen Catherine come to her lowest point, as she is abandoned by her family and left all alone. Her story is more than intriguing, and fans are hoping that it continues past the Jun. 23 finale. So, will there be a Season 2 of The Spanish Princess?

Luckily for fans, this isn’t the end of Catherine’s story. According to Deadline, earlier this month, Starz renewed the limited series for one more season, and viewers should see the final eight-episode installment drop sometime next year. Following The White Queen and The White Princess, The Spanish Princess is the third miniseries to come to Starz from author Philippa Gregory. The series is based on her two best-selling novels The Constant Princess and The King's Curse, and as Deadline noted, Gregory hasn’t written any new novels that could be used for further seasons or TV projects.

As reported by Entertainment Weekly, showrunners Emma Frost and Matthew Graham are more than excited about the show’s renewal. “We are thrilled to tell the next chapter of Catherine of Aragon’s story as she negotiates war, politics and marriage to the most dangerous King of England,” they said in a statement. “As a company that always produces compelling and dynamic projects, Starz has been a great creative partner and we look forward to concluding Catherine’s journey with them.”

Starz COO Jeffrey Hirsch is also shared his enthusiasm for the series, and revealed that the next season would be the last. “Emma and Matthew have created an alluring portrait of one of the most familiar narratives in English history,” he said as reported by Variety. “Viewers are intrigued by Catherine of Aragon’s story and this eight-episode conclusion will give us the opportunity to tell it in its entirety.”

But in an interview with Awards Daily, Frost and Graham revealed that they never planned for The Spanish Princess to be a returning series, but after initial talks with the network, they decided to frame the first season in a way where the story could continue if needed. “We built in an ending for the first 8 that is an emotional cliffhanger, I would say, that still ties up the story,” Graham told the outlet. “The idea was that if we get cut off after 8, we would still have an ending, it wouldn’t just stop — We already started writing. Starz has been really gracious in really allowing us to develop the rest of the story. We basically have 8 scripts firmed up and almost cooked, it just gave us a chance to finish the story.”

As of now, Starz hasn’t confirmed an official premiere date for the second season of The Spanish Princess. But, if the network follows the same schedule as Season 1, viewers can expect Season 2 to drop sometime next spring. For now, fans can rest assured knowing that they’ll be seeing much more of Catherine and her stories of palace intrigue when the series wraps up next season.