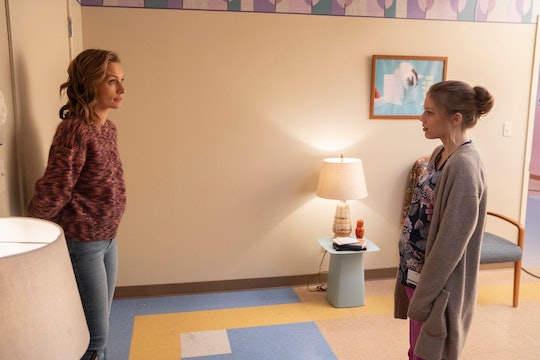 NBC knew what it was doing when it aired the drama The Village mid-season this year. The outlet seemed to being trying to fill the void left by the mega-hit This Is Us. The Village is about neighbors in an apartment complex, not one family but it has a similar heart. It probably doesn't surprise you that the show is not as big a hit as This Is Us. That begs the question — will there be a Season 2 of The Villiage?

The answer right now is I don't know. It's one of very few network shows that still remains in limbo. That's not necessarily a bad sign yet. Season 1 is only 10 episodes and the season finale airs May 21 at 8 p.m. ET. This Is Us ratings are hard to duplicate, but The Village has delivered steady numbers all season. It's on a different timeline than most network shows that premiere in the fall, so that might be part of the reason for the delayed decision.

I'm hesitant to speculate about the show's fate either way. The evidence doesn't lean toward any answer. But I hope fans will learn the fate of Katie's (Grace Van Dien) baby in the finale. Katie, fans know, is a teenage artist who is following in her mother's footsteps for a very difficult reason — she's pregnant. Katie and her mom Sarah (Michaela McManus) are close though their circumstances are difficult. Their dynamic is similar to Lorelei and Rory's on Gilmore Girls, and Van Dien told People there's a very good reason for that vibe.

"She's the best person I've ever worked with hands down," Van Dien told People about on-screen mom McManus. "She's super caring and whenever we're in a scene together we're always taking care of each other in and out of the scene. I think that's my favorite part." That sounds like an ideal dynamic for a mother and daughter and is probably part of the reason the show connects with fans.

The vibe you feel might be real, but 22-year-old Van Dien has never been pregnant herself. "...I watched a lot of videos, I met with a couple pregnant women," she told People about how she prepared for the challenge of portraying a pregnant woman. But there is one aspect she didn't have to research. "I already kind of waddle naturally when I walk," she said. "My friends were all like 'Oh, Grace it's perfect, you don't have to change your walk for this character.'"

Van Dien got a laugh out of that. But of course, things are more serious for Katie in The Village season finale. The promo doesn't reveal too much except that she's rushed to the hospital bleeding. It's way too early for her to give birth, plus bleeding while pregnant is not good. I'm worried, and a quick trip to Twitter proved fans are, too.

Of course, the baby (and Katie's) fates are not the only questions in this storyline. Katie might be giving the baby up for adoption, so viewers are probably wondering if this emergency will spark a change of heart. There's also the fact that Nick might be leaving town while his daughter is fighting for her life and her baby's. It's not exactly history repeating itself but it's not a good look.

That's a lot of questions and I'm not sure how many answers fans will get. Not to mention the futures of all the other neighbors on the show. Whether there is a Season 2 of The Village or not is unknown. But I do know this — there is no shortage of material for next season if it does get picked up.