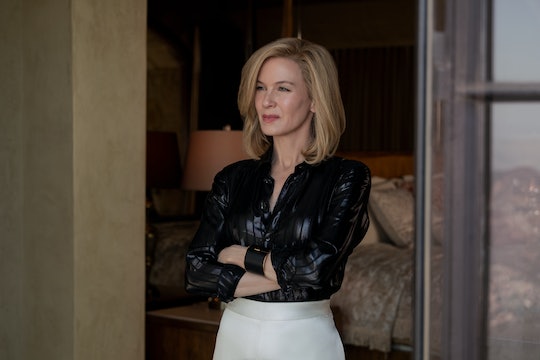 If You're Craving Melodrama, 'What/If' Might Have Just What You're Looking For

The new Netflix series What/If, which premieres on May 24, bakes its premise right into its title. It's a thought experiment that explores all the possibilities of choice, as well as the potential ramifications. But will Netflix choose to continue it past this single season? Will there be a Season 2 of What/If?

It's a little too early to tell, considering the series only just debuted. Netflix can often wait a while to reveal news of renewal, perhaps because they want a chance to really gauge audience interaction with a series. Very few shows on the streaming service end up being one hit wonders, which could work in What/If's favor, but it does happen (R.I.P. Everything Sucks!). It all depends on whether fans want to see more from the show. If those streaming numbers are high, then it may continue on for another season.

But even if What/If does get renewed, you probably won't see Season 2 for a while. Netflix may provide its subscribers with entire seasons at a time, but the gap between is always a long one. It's difficult to predict without more information, but if this series comes back, it could be a year or so before viewers get those new episodes.

If What/If does continue into Season 2, it will be an entirely different show than the one fans first enjoyed. That's because it's intended to be an anthology. Per PopSugar, the first season follows a motivational speaker named Anne Montgomery (played by Renée Zellweger in her first regular TV role) who makes a morally questionable deal with couple Lisa (Jane Levy) and Sean (Blake Jenner). She agrees to fund Lisa's health start-up in exchange for a night with Sean, but their mysterious evening together has unforeseen consequences.

Though subsequent seasons would be telling new stories, the themes of the series would remain consistent throughout. Creator and showrunner Mike Kelley spoke to Forbes about his plans for What/If, saying that he was fascinated by the idea of fate and choice, as well as how those two concepts intersected. "In What/If, everyone can relate to a path taken, or not, and the consequence of choices made," he said. The show would embrace both the positives and negatives of that.

Kelley also said he would be happy to work with the same actors again in any future seasons, though presumably they would be playing different characters. There is one possible wrinkle in What/If being renewed, however: the initial reviews have not been great. The Atlantic praised Zellweger, but also remarked on how dated the show felt and how corny the dialogue was. Entertainment Weekly characterized it as terrible but addictive. "What/If does not jump the shark," their review read. "It begins with the shark in its rearview mirror and it never looks back."

Reviews are subjective, however, so viewer reaction may vary; you could find yourself delighted by the show's absurdity, or exhausted by the same. But if enough audience members are hooked by What/If, then Netflix might end up renewing it after all.