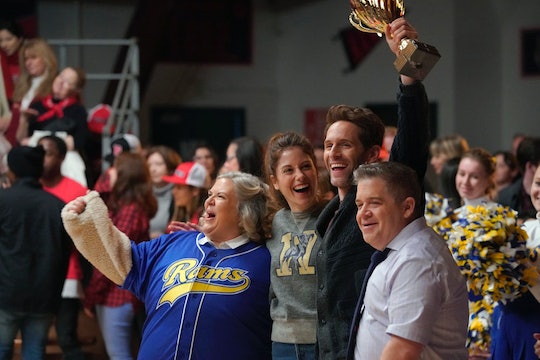 Fans Are Campaigning To Save 'A.P. Bio'

NBC’s hilarious comedy, A.P. Bio airs the last two episodes of Season 2 on Thursday night, but with all the news of cancellation, fans are worried about the future of the show. The series has been getting plenty of buzz along with its trending social media campaign, which is why viewers are wondering if the show will come back for another season. So, will there be a Season 3 of A.P. Bio?

Unfortunately, as of now, it looks like A.P. Bio won’t be returning for a third season, which means the Jun. 13 episodes will be the last of the series. As reported by Deadline, series creator Mike O’Brien announced the news in a May 24 tweet. “I’m intensely sad to announce that AP Bio will be ending after this season,” he wrote. “This has been my favorite project of my life and that’s because of the amazing writers, cast and crew. As most canceled shows probably feel, I think we were just hitting our stride and everyone was still loving the work, so this is very hard. We have 4 left to air and they’re 4 of my favorites.”

But soon after the cancellation news, fans flooded Twitter with the hashtag #SaveAPBio in an effort to save the show. According to Variety, A.P. Bio co-stars Patton Oswalt, Glenn Howerton, and Paula Pell also took to social media to try and save the show, as they encouraged viewers to watch the series on Hulu to raise its viewership numbers and pleaded with other networks to pick it up.

“Hey television deciders,” Pell wrote in a May 25 tweet. “Take a look at @NBCAPBio and give it a new nest! It’s got so many good weirdos in it and stories of sweet hilarity thanks to its talented af creator @MikeOBrienXOXO. Be a hero and let it continue to bring joy to this worried world.”

Series like Lucifer, Timeless, and Brooklyn Nine-Nine have proven that fan-led social media campaigns can bring shows back from cancellation, and in the case of A.P. Bio, they have stirred up some buzz. In a Jun. 6 tweet, O’Brien admitted that the trending hashtag did make a difference. “All the people binging on Hulu and tweeting #SaveAPBio are at the very least stirring up some discussions,” he wrote. “Whether that means a 3rd season is yet to be seen. But you guys certainly got everyone’s attention!”

On Jun. 10, Howerton tweeted a similar message, and let fans know that their enthusiasm and love for the show maybe moving the needle in the right direction. “This whole #SaveAPBio thing has been overwhelming and powerful,” he tweeted. “It’s getting people’s attention. I can’t wait for you guys to see this Thursday’s two final episodes.”

But since then, there has been no news on a series pick up, so fans will have to keep their fingers crossed and hope that the final episode ratings inspire a network or streamer to nab the series. And this is exactly why Oswalt is encouraging fans to tune in. “#SaveAPBio Please EVERYONE tune into tonight’s 2 episodes,” he tweeted. “Starting at 8pm! If the ratings spike, who knows...?”