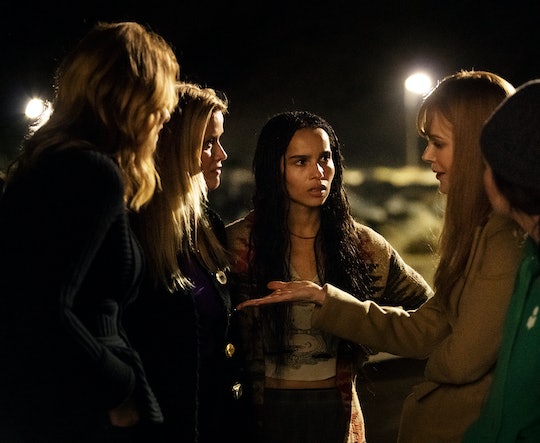 The stakes got a lot higher for the Monterey Five on the penultimate episode of Big Little Lies, as Mary Louise (Meryl Streep) is one the verge of exposing their killer secret. Not only is this ordeal making the group face their inner demons, it’s now threatening their livelihood as well. As this riveting season comes to an end, fans are wondering if they’ll see the show return next summer. So, will there be a Season 3 of Big Little Lies?

Unfortunately, as of now, the showrunners have no plans to bring the show back for a third season. In an interview with TV Line, HBO president Casey Bloys explained that while the network would love to renew the Emmy Award-winning series, the cast’s current work schedule wouldn’t allow it.

“I love this group of people – I would do anything with them,” said Bloys. “But the reality is, they are some of the busiest actresses working in Hollywood. We have deals with some of them — Nicole [Kidman] is doing her next show [The Undoing] with us. I just think it’s not realistic.”

As disheartening as the news is, I’m not surprised. With stars like Nicole Kidman, Laura Dern, Reese Witherspoon, Shailene Woodley, Zoe Kravitz, and the legendary Meryl Streep, Big Little Lies has the most coveted, a-list cast on television. These award-winning actresses must have other projects lined up, and shooting another seven-episode season would require a time commitment they may not be able to offer right now.

Bloys told TV Line that HBO is open to pursuing a third season if the cast is available, but he doesn’t think it’s going to happen anytime soon. “Look, if they all came to me and said, ‘We worked out all of our schedules!’ – then sure,” he admitted. “But I just don’t think it’s realistic.”

So what does that mean for the Monterey Five? Well, the series — which is based on Liane Moriarty’s novel Big Little Lies — deviated from the book for Season 2, bringing the story into new territory. Most of the second season was written by the series creator, David E. Kelley, who revealed that he’s written this season with closure for the fans, but could continue the story if the opportunity arises. “I suppose there’s always a chance, but that’s not the plan,” he said when speaking to Variety. “We wrote this season as if this were the end — I think the audience will find the ending satisfying.”

Luckily for fans, it sounds like the Season 2 finale won’t end on a cliffhanger like Season 1 did. Will the Monterey Five get caught up by the cops? Will one of them confess? Will Mary Louise back off and let them live their lives? I can’t imagine how the series will end, but I hope that it does bring some closure to each of the characters’ storylines.