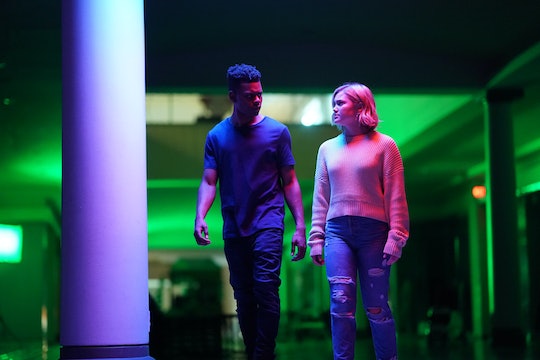 Season 2 of Cloak & Dagger is coming to an end, and it’s been a wild ride for Tandy and Tyrone. While Season 1 focused on the superhero duo’s origins, the second season put them in the center of a battle between good and evil. The season finale has them fighting for the future of New Orleans, but fans are wondering about the future of the show. Will there be a Season 3 of Cloak & Dagger?

As of now, Freeform hasn’t confirmed whether or not the series would return for a third season, but that doesn’t mean it won’t be renewed. As reported by Deadline, renewal for Season 2 was announced at San Diego Comic Con in July of 2018, so the network might wait until Comic Con to confirm Season 3. The best news so far is that Cloak & Dagger hasn't been cancelled, which means there’s still a good chance that you’ll see your favorite superheros return next year.

Season 2 has been a pretty intense and emotional run for Ty and Tandy. While the two explored the depths of their abilities, they also encountered two formidable enemies. Super villains D’Spayre, a.k.a. Andre Deschain and Brigid O’Reilly a.k.a. Mayhem have been at the root of the chaos all season. In the penultimate episode, titled “Blue Note,” D’Spayre finally activated his veve and pulled a Thanos by making a whole group of people disappear.

In the finale, D’Spayre is looking for god status, and he’s planning on wiping out the whole city to get it. Ty and Tandy (who’s mom vanished because of D’Spayre) now have to figure out how to beat him and save the city and the people they love so much. But it looks like their biggest challenge will be facing themselves.

In the trailer for the finale, Mayhem points out how people all over New Orlean’s are disappearing and how only Tyrone and Tandy can stop it. But Tyrone is forced to face off with himself, so it looks like the finale will feature a major battle between Cloak & Cloak. On Twitter, showrunner Joe Pokaski shared a clip from the trailer, and hinted that finale would end with some major moments. “In two days, Tandy and Ty LEVEL UP,” he wrote. “This is the biggest episode of #CloakandDagger to date. And, I swear, you do not want to hear about the last two minutes on your feed.”

The fight has just begun for Ty and Tandy, and if the show stays in line with the comics, there are still more characters from the Marvel Universe that they need to encounter. In an interview with Black Girl Nerds, Pokaski revealed that he’s trying his best to integrate more Marvel heroes and villains into the show. “I keep making lots of phone calls and pounding on lots of tables,” he said. “So if the bruises on the bottom of my hand mean anything, we are working on it.”

So, if Pokaski is already mapping out a future for the show, that means there’s still hope that you’ll see Cloak & Dagger return for Season 3. For now, you can tune into the exciting season finale, and see how these two brave teens manage to save the world and themselves.