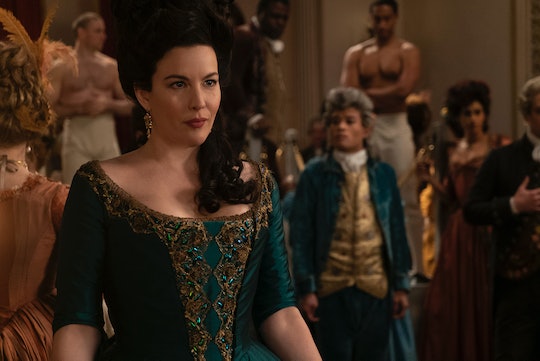 When Harlots ends its third season on Hulu on Aug. 28, audiences may already be clamoring for a continuation. But the trouble is, the show's future is still unclear. The streaming service hasn't yet announced whether there will be a Season 4 of Harlots or not, leaving its characters in limbo until the news is officially shared with the public.

Warning: spoilers for Season 3 of Harlots.

But no news isn't necessarily bad news. Hulu generally waits a few weeks (or more) after one season ends to announce that another is on its way. The first season ended in May 2017 and Season 2 wasn't confirmed until two months later in July. When Season 2 ended in August 2018, a month passed before Season 3 was a go. If the same remains true now, then it will likely be a few weeks, minimum, before fans find out if there will be a fourth season.

If there is a Season 4, then it may be a long way off. Though the first season premiered in March, the subsequent seasons both debuted in July. If that's a pattern Harlots decides to stick to, then Season 4 could debut in July 2020. However, that's ultimately speculation. At the moment, the probability of Season 4 happening isn't certain.

Viewers might be especially eager to see what direction the show takes after the shocking death of Charlotte Wells. The Wells family has always been central to Harlots, and the show might seem directionless without them to anchor it. However, there are plenty of other characters who might step up into the main role, resulting in a different — but potentially intriguing — storyline next season. And it does seem like the show is interested in exploring the aftermath of Charlotte's death further.

Executive producer Moira Buffini spoke to TV Insider about Charlotte's sudden, accidental passing. "It is as shocking as it should be and affects every single character, changing some of them forever," Buffini said. "The repercussions are still being felt at the end of the series." Those repercussions could continue into Season 4 if the show is renewed. Charlotte will leaving a big void in the series and her fans may be disappointed, but her exit could also open the door for an all-new Harlots. There are a lot of new avenues to explore without her, as sad as it was to say goodbye.

It's also possible that Charlotte's death was a signal that the end was nigh. If the show was primarily interested in following the Wells matriarch and eldest daughter, then perhaps it will conclude with both of them gone. But it would be a sad surprise for fans to learn that this final episode is actually the last episode ever. A little preparation would be nice so that audiences could come to terms with the fact that the show would soon be over.

With nothing guaranteed, anything could happen. Fans can come up with a million theories about Harlots' future, but until Hulu announces what's next, it's all just guesswork.