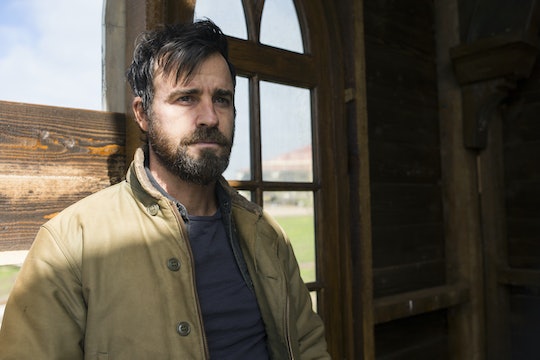 It's Time To Say Goodbye To 'The Leftovers'

The third season of The Leftovers is coming to a close and fans can't help but wonder will there be a Season 4 of The Leftovers? Unfortunately, this is the end of the road for the popular HBO drama series. The final episode of this season will also serve as the season finale and though fans may not be ready to say goodbye to their favorite characters, the creators felt this was the right time to bring the show to a close once and for all.

The critically acclaimed series has followed a group of people in New York, three years after two percent of the population disappeared without explanation. Protagonist Kevin Garvey (played by Justin Theroux) has gone through a lot during the three seasons and now many believe he may be the answer to preventing the end of days. So is Kevin really "Jesus" come again or something else entirely?

Fans will finally find out if the world really does come to a biblical end or if the Earth will keep spinning in the series finale. Of course, the cast and creators have remained silent on the finale, but Theroux did go on ABC News and reveal that he's "enormously" happy with how it all ends.

Overall, the whole journey was both eye-opening and strange in the way The Leftovers fans have come to expect from the show. Kevin left the "other world" in ruins after ordering a nuclear strike and safely returns to his father. However, when his father asks him, "Now what?" Kevin doesn't give him a straight answer.

Will Kevin find the love of his life, Nora, and make up with her before everything comes crashing down around them? Or will they prevent the flood but Kevin and Nora still don't end up together? And what about everyone else? If there's no flood, does everyone just return to their regular lives?

It'll be interesting to see how the finale plays out and if it answers all these questions or ends with a continued sense of mystery as it has throughout the series.

The Leftovers series finale airs on Sunday, June 4 at 9 p.m. ET on HBO.