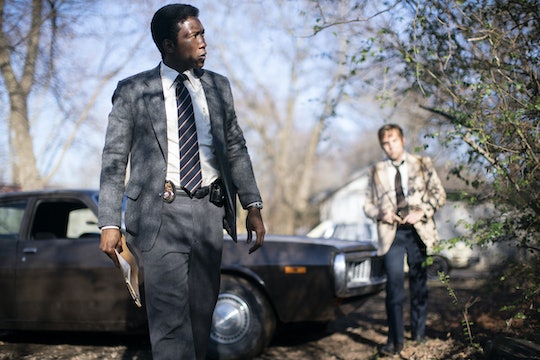 Here's What We Know About 'True Detective' Season 4 So Far

With the Season 3 finale coming up, fans are understandably wondering whether there will be a Season 4 of True Detective. Thanks to Mahershala Ali's transcendent work as Wayne Hays (a role originally intended for a white actor, which Ali lobbied for after initially getting offered the role of Roland West), as well as a return to its first season roots, True Detective has successfully pulled out of its Season 2 slump. Season 3 was far better received than its predecessor, despite taking an almost four-year gap between the two seasons.

Series creator Nic Pizzolatto told Entertainment Weekly that he had been going through some health struggles during and after Season 2, which contributed to the long lag time. But he also admitted that he was taking some time to listen to the criticisms of the rush-ordered second season and do better. "I learned and understood there was a lot of stuff in Season 2 that people hadn’t really wanted to see," he said in a press conference, according to CinemaBlend. "I just try to keep getting better at what I do, moving forward, and I think the criticism is a big part of that."

Of course, taking a more organic approach to the work generally means fans will have to wait for inspiration to strike. A fourth season has yet to be greenlit by HBO, but Pizzolatto does have an idea for it.

When EW asked if the series creator had plans for Season 4, Pizzolatto replied, "Yeah, and it’s wild. It’s really, really wild...I think it needs to percolate for a while. I was looking to do another series, maybe a movie, in the meantime, but yeah. I have an idea."

That means there will likely be another two-year wait, if not more, before a potential fourth season. But I wouldn't count on HBO losing interest. For its part, the network seems content to be patient with Pizzolatto, which worked out well this year. HBO programming president Casey Bloys said in an interview with IndieWire:

Nic, I think, is percolating ideas, and I think we’ll approach it the same way we did Season 3: if he has an idea he’s excited about and wants to write, we’re open to that, but I’m not going to rush him. I’m not going to say, 'We need something in January 2020, so hurry up,' because I don’t think you get a writer’s best work when doing that. So I think right now, Nic is enjoying the response to the show — that it’s been well received — and then we’ll take his lead.

Bloys also revealed that the network did consider bringing in another writer or director to oversee Season 3 while keeping Pizzolatto on in an advisory capacity. But ultimately, they decided to trust Pizzolatto with the project, which obviously paid off.

"Honestly, I feel it’s so much Nic’s voice," Bloys said. "Could you [bring in another writer]? Maybe. But it feels to me that if Nic has something he wants to do that’s probably the way to go. And all of this is theoretical, because he’s percolating his ideas."

So I'd bet on seeing a True Detective Season 4 and seeing it from the show's original creator. Fans just have awhile to wait for it.