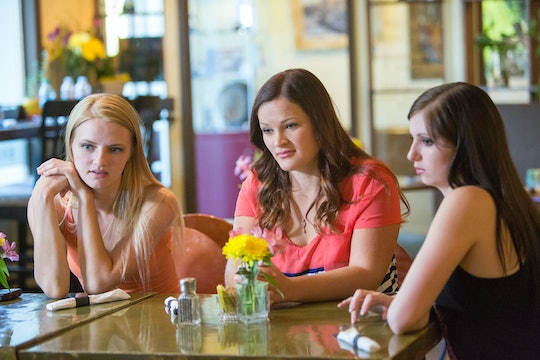 Escaping Polygamy isn't your average reality TV show. Instead of focusing on dramatic strangers living together in an overpriced house, it's about the harrowing escapes of victims of the FLDS cults primarily in Utah and the women who risk their lives to help them. The show has been on for a few stressful and heart-pounding years, but sometimes the episodes can be a little sporadic, leading some fan to wonder if there will be a Season 5 of Escaping Polygamy.

The premise of the show is the same from episode to episode, but features a new escapee each week. Jessica, Andrea, and Shanell, who are sisters and all former members of a polygamous community themselves, now work for an organization dedicated to helping other people leave the religion that controls and exploits so many. Each episode of Escaping Polygamy features a new story and subsequent escape, sometimes under the cover of dark and often with potential threats all around them.

Escaping Polygamy has never come under fire for dramatizing these escapes or giving viewers false information and as far as these stories go, they are as real and raw as viewers could hope for. So far, each season has been more intense than the last, so if there is a Season 5, there's no telling what kinds of stories the women will help other escapees tell.

Right now, however, there has been no official announcement about when Season 5 will air or if the show will even be picked up for another season once Season 4 ends.

Escaping Polygamy episodes air differently than those of other reality TV shows. Instead of Lifetime releasing all of the episodes from any given season weekly, the episodes are sometimes spaced out to prolong the season. So while a season may start one year and Lifetime might air episodes on a regular weekly basis, sometimes there might be unexpected breaks for months at a time.

Case in point — Season 4, which went off the air last year but just premiered the first few episodes from a four episode release that are still part of the same season. This method isn't about keeping viewers on their toes, however. According to Jessica, one of the three women who star in the show, the reason episodes are released in a sometimes nonsensical manner has to do with the subjects of each story.

"This show can be difficult to film because we only film when the person leaving is willing to share their experience publicly to give insights into the realities of religious polygamy cults," she wrote in a recent Instagram post.

So it's not necessarily a matter of Lifetime renewing Escaping Polygamy for Season 5, but more so the hope that more escaped victims from the FLDS church and similar polygamous communities will allow their stories to be told on TV. The good news is that Jessica and her sisters still work with Hope after Polygamy, the organization run by former members of polygamous sects whose goal is is to continue helping others escape. While they might not all live in Utah, where they primarily travel to help other victims leave the church, they do make it their mission to help these people any way they can. As long as there are people who are willing to share their stories and have cameras film their escapes, there will probably be more episodes of Escaping Polygamy.

For now, though, fans will have to settle for the few episodes released this month until Lifetime either renews the series for an official fifth season or adds more Season 4 episodes to the roster.