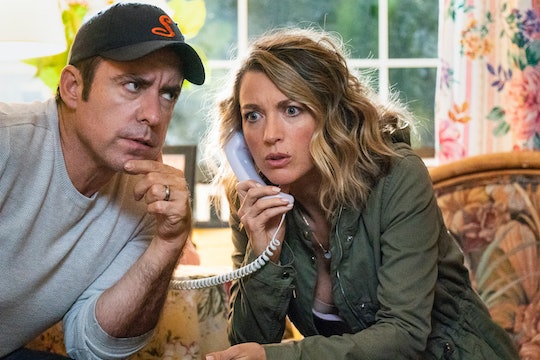 Fans Want Another Season Of 'The Detour'

For four seasons, The Detour has been following the Parker family’s vacation gone wrong. Season 4 finds Nate Parker Jr. (Jason Jones), his wife Robin Randall (Natlie Zea), and their son Jared (Liam Carrol) on the hunt for their runaway teen daughter Delilah (Ashley Gerasimovich), taking them on a road trip from Tibet to Paraguay. Now that the thrilling season is over, fans are looking to the future, and wondering if there will be a Season 5 of The Detour.

As of now, TBS hasn’t renewed the series for a fifth season, so fans will just have to wait and see what the TV gods decide. Unfortunately, with low viewership numbers, the show’s fate is in serious limbo. As reported by TVSeries Finale, in the last few weeks of the season, the ratings have dropped, with average viewership hitting under a million. There’s still a possibility that TBS gives The Detour another season, and allow fans to get the closure they need before saying goodbye.

The series was created by Samantha Bee and her husband, Jason Jones, who also plays Nate, the patriarch of the show. When talking to the Los Angeles Times, Jones revealed that he plotted the story out for more seasons, but the decision to continue the series will depend on the network. “I always like to tip in to something else to come, which fans never like if you’re unceremoniously canceled,” he said. “Obviously, creators have plans for the future.”

In an interview with IndieWire, showrunner Samantha Bee said she doesn't think The Detour get the buzz it deserves, and she thinks if people knew more about it, they would watch it and realize how funny it is. She also noted that if the show is picked up for WarnerMedia’s new streaming service, HBO Max, it may get the attention it needs.

“I’m really hoping people will gravitate to it,” Bee told the outlet. “I think it would fare very well on a streaming service, actually, because it is the type of show you can 100 percent binge. I actually think if it makes it onto the WarnerMedia streaming service, it will do very well there. It kind of needs that in order to catch on.”

Bee also told IndieWire she believes a fifth season would do the series justice, giving her the opportunity to finish it in the way she imagined. “Personally I feel like five seasons is the perfect jewel box of a show,” she said. “I’ve always pictured in my mind that it would go five seasons and then wrap up in a tidy bow in this perfect little package; just this little gift that we made and presented to the world, in the hope that people like it. But I’m really not sure because I haven’t heard what’s going on with Season 5.”

So, it looks like fans will have to just wait and see what TBS decides to do. Hopefully, with the arrival of HBO Max, there’s still a chance The Detour is picked up for a final season.