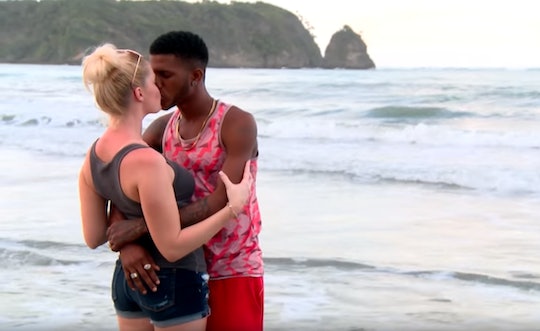 '90 Day Fiance' Is Almost Over & Fans Are Already Wanting More

With only a handful of episodes left in Season 6 of 90 Day Fiancé:, fans are already looking forward to the next season. The TLC series has been extremely popular, because it allows fans to dive straight into the dramatic engagement journeys of six different couples, all going through the 90-day K-1 visa process. Fans are hoping to see more of the series, but will there be a Season 7 of 90 Day Fiancé?

As of now, TLC has not announced renewal for the series, but they also haven’t indicated any intentions of cancellation. 90 Day Fiancé has done very well on the network, and in a press release reported by Futon Critic, TLC boasted the high ratings for 90 Day Fiancé this season. They noted that the series brought in the highest Sunday night ratings for young women, making it a serious winner for the network.

"2018 was a banner year for TLC," TLC president and general manager, Howard Lee, said in the press release. "From reviving beloved series Trading Spaces, expanding our wildly popular 90 Day franchise and introducing viewers to new stories — our focus is always on nourishing the superfan. We are laser-focused on sharing authentic, compelling stories viewers can't find anywhere else, giving our audience more of what they want while providing an escape from the chaos of their everyday lives."

You can also expect TLC to add more shows into the mix. According to The Wrap, during the Television Critics Association press tour this summer, Lee announced that TLC is adding one more series to the franchise. He revealed that network is producing 90 Day Fiance: The Other Way — a show that will reverse the premise of 90 Day Fiancé and follow couples where the fiance moves out of America to a foreign country to be with their betrothed. There’s no indication on when this new series will premiere, but it will likely be sometime in 2019.

The combination of high ratings, new spin-offs, and network enthusiasm for the franchise is a good indication that 90 Day Fiancé should come back for a seventh season. If TLC renews the series and stays true to its previous release schedule, you may have to wait awhile before you see a new season. Since Season 2, every season of 90 Day Fiancé premiered in late fall — in October or September— so you should expect to see Season 7 drop somewhere near October of 2019.

But while you wait for official news on Season 7 of 90 Day Fiancé, you can take comfort in knowing that you still have new episodes of Season 6 to enjoy. It has been one of the most dramatic seasons to date, and with all the twist and turns the couples are facing, it will be interesting to see who finally makes it down the aisle.