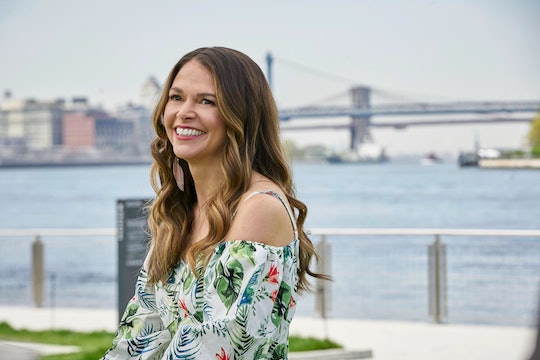 Summer is basically over which means it's time to start worrying about the fate of your favorite summer shows. There is a TV Land sitcom that has been bringing fans female empowerment and good times for six seasons now, but will there be a Season 7 of Younger?

You can relax, fans, Younger was renewed for Season 7 in July 2019, making it TV Land's longest running original series behind Hot In Cleveland, which lasted for six seasons. “Season after season, Younger has continued to reach new heights and build an incredibly loyal fan base,” said Keith Cox, President, Development and Production, Paramount Network and TV Land in a statement as reported by Deadline. “We love this talented and amazing cast and can’t wait to see what Darren has in store for season seven.”

I can't wait either. The Season 6 finale airs Sept. 4, but it's already clear that there are so many directions Season 7 could go. In a clip of the finale, Charles (Peter Hermann) asks Liza (Sutton Foster) to attend a Harry Potter convention in Scotland with him and their kids, as reported by Entertainment Weekly. Meanwhile, Liza had written a letter to Josh (Nico Tortorella) explaining they can't be in each other's lives anymore, thus breaking hearts all over the world.

But perhaps the publisher with the most changing to do is Kelsey (Hilary Duff), who recently wrote her letter of resignation to Millennial Print after an explicit video leaked on social media. Duff — who will star in a reboot of the Lizzie McGuire series on Disney+ this fall — is not leaving Younger. But Kelsey could still leave publishing and try to find a new calling in life.

Part of what makes this show so special is the obvious chemistry between the cast, and I'm not just talking about the romantic chemistry. Younger is populated by a cast of dynamic female characters, and it is their friendships and their careers that drive the drama of the story, not their romantic relationships.

While previewing Season 6 in June, Foster and Duff said they want female fans to feel empowered by their show. "I'm very proud to be on a show that focuses more on female relationships and also females and their careers," Foster said in an interview with Variety. "Time and time again [our female characters] keep choosing one another and also our careers over men and over romance. And I'm very proud to be sort of representing that on television."

I'm so excited fans get to experience the joy of Younger on Season 7. I don't know where I'd be in my career or personal life without the support of my girlfriends.