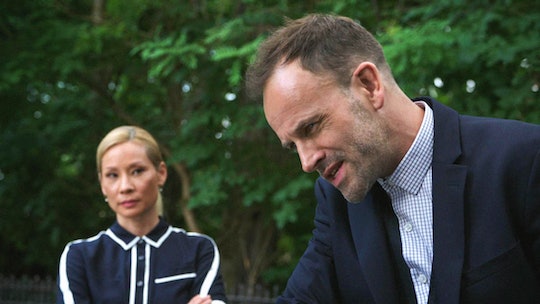 'Elementary' Is Having One Last Hurrah

Season 7 of Elementary premieres May 23, but it's not too soon to wonder — will there be a Season 8 of Elementary? CBS already has an answer, but fans may not be happy about it.

The modern version of Sherlock Holmes will end on lucky Season 7, and while some fans may be sad about this news, there's no reason to be angry. Shows end for many different reasons and parting circumstances can sometimes be contentious, but this was a collective decision made by both CBS and the show's creative team. According to Deadline, when the show was renewed for Season 7 last year, everyone involved decided that it would be the final season.

“A lot of parties came together and talked about their positions on the show — both in terms of business and in terms of creative — and we all decided that this was an opportune time to say goodbye to a show that has been very, very good to us,” CBS Entertainment President Kelly Kahl told Deadline.

The Hollywood Reporter notes the show has been on the bubble for a few years, and was the network's lowest rated title. Ironically its uncertain fate has helped the creative team prepare for the end of the show more carefully.

Before he knew that there would be a Season 7, the show's creator Rob Doherty wrote a Season 6 finale that could've been a series finale. He sent Sherlock Holmes and Joan Watson (Jonny Lee Miller and Lucy Liu) back to Holmes' native London, where they live at Holmes' famous Baker Street address and work for Scotland Yard. It's not always possible to plan and write a satisfying series finale just in case your show ends, but this approach worked in Doherty's favor.

When he learned of Elementary's Season 7, Doherty teased the time jump fans now know is happening. When the show returns, a year will have passed. “Something that I knew I wanted to do was move forward in time a bit with the characters by the very end," he told Deadline.

Planned endings like this also allow actors to have fun looking back on the series. Liu recently shared her favorite episodes with TV Insider. One of her favorite memories involves filming on location in London for the Season 2 premiere while England eagerly anticipated Prince George's birth. The rail station where they were shooting the episode could've been shut down at any moment because it was close to Kate Middleton's hospital. "There were [already] souvenirs of them in every shop!" she said.

Liu has memories of eating delicious lobster rolls from craft services during an episode she directed and visits from guest stars like John Noble (who played Sherlock's father) that forced actors to elevate their performances. But one of her strangest memories is from Season 6 Episode 6, "Give Me the Finger." It was about Japanese gangsters and there were sumo wrestlers on set. "Seeing them just hang out on the sofa, relaxing between setups, was truly a sight you don't see every day!" Liu told TV Insider.

I have no doubt that Season 7 will provide the Elementary cast, crew and fans with more memories, and it's exciting to be able to report on a series ending that will probably involve more joy than frustration.