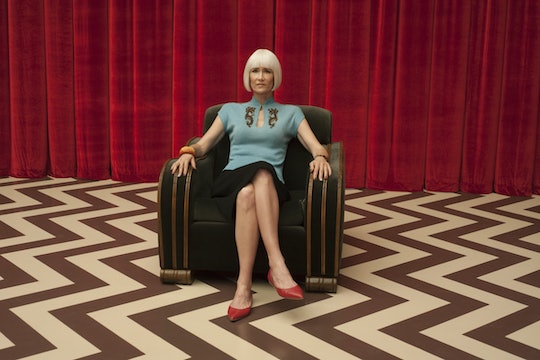 This Could Be The End Of 'Twin Peaks'... Again

Twenty seven years after Twin Peaks ended, the revival finally came to Showtime in the form of an 18-episode season. Though the revival has been epic, it's now coming to an end, leaving many fans to wonder will there be a Twin Peaks: The Return Season 2? Unfortunately, it doesn't seem likely.

During the Showtime Television Critics Association (TCA) party, Showtime president and CEO David Nevins revealed that the revival was only meant to be one season. "A lot of people are speculating but there's been zero contemplation, zero discussions [about a second season] other than fans asking me about it," he told Deadline.

However, Showtime programming president Gary Levine revealed to Deadline that "the door's always open" for another season, though he's not sure Twin Peaks co-creator David Lynch would be up for it. "This was a Herculean effort," Levine said about the revival. "I'm not sure if any director has ever done 18 hours in a row of a series... It's remarkable what he achieved, fans are liking it and for me that's what's satisfying."

The revival season was written by the original series' creators, Lynch and Mark Frost, and Lynch directed every single episode. Though the ratings for the series weren't that great (you can probably blame Game of Thrones for some of that), it did very well on Showtime's streaming site. Even so, if the creators don't want to continue on, it'd probably be best to just let the series end here.

Twin Peaks: The Return picked up 25 years after the original series, and Kyle MacLachlan reprised his role as FBI agent Dale Cooper. The original series first began with Dale arriving in the fictional town of Twin Peaks, Washington to investigate the murder of a young woman. However, over the course of the series the show went from a crime mystery to delving more into the surreal.

Though the show was cancelled after only it's second season, the cult following behind it was big enough to keep the want for a third season going for the past 27 years. However, now that the third season has served its purpose, by wrapping up loose ends and giving fans the incredible and surprising season they asked for, it may be time to put the show to rest.

If the series really does end with this season, many fans would definitely be interested in seeing some spin-offs. However, at this point, that seems just as unlikely as another season.