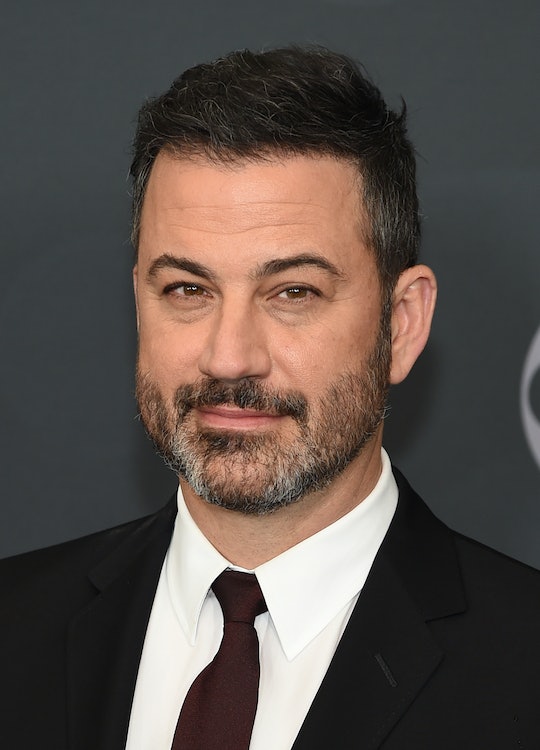 If you’ve been nostalgic for some ‘70s TV, you’re in luck, because ABC is bringing back two of the decades most iconic shows. Jimmy Kimmel is hosting Live in Front of a Studio Audience: Norman Lear's All in the Family and The Jeffersons on Wednesday, May 22, at 8 p.m. ET. It’s airing as a one-night special, but some are wondering: will there be an All in the Family or The Jeffersons reboot?

As of now, it looks like ABC is only planning on airing the two sitcoms as a one-time event. In a press release, the network described the live sitcom special as a trip “down memory lane” that will recreate one original episode from each of the Emmy Award-winning series. Norman Lear — the legendary TV writer and showrunner who produced both All in the Family and The Jeffersons, as well as other notable sitcoms like Sanford and Sons, One Day at a Time, Maude, and Good Times — is set to host the special alongside Kimmel.

The 90-minute special is a star studded event, with some of the biggest names in Hollywood stepping in to take on these iconic roles. According to The Hollywood Reporter, Woody Harrelson and Marisa Tomei will play Archie and Edith Bunker, with Ellie Kemper and Ike Barinholtz taking on the roles of their daughter and son-in-law, Gloria and Mike 'Meathead' Stivic. Jamie Foxx and Wanda Sykes will play George and Louise aka “Weezie” Jefferson, with Justina Machado playing their maid Florence. Will Ferrell and Kerry Washington join them as the Jefferson’s hilarious neighbors, Tom and Helen Willis.

In a statement for ABC, both Lear and Kimmel talked about how relevant the shows are today, and how excited they are to have such an amazing cast on board. “The fact that a group of Oscar winners eagerly agreed to play these iconic characters is a testament to the greatness of these shows and their creator, Norman Lear,” said Kimmel.

“They have said over and over again that these two shows were meant for the ’70s and would not work today,” Lear added. “We disagree with them and are here to prove, with two great casts depicting ‘All in the Family’ and ‘The Jeffersons,’ the timelessness of human nature. I cannot wait to see what these glorious performers make in our time of these indelible characters, and I couldn’t be more grateful for Jimmy Kimmel, Sony and ABC for their collective willingness to conceive and pursue this never-been-done-before event.”

So, for now, it doesn’t look like the network has plans on moving these series “on up” to full reboot status. But with shows like One Day at a Time and Lost In Space proving that audiences are excited about seeing their beloved characters return, you never know. Maybe one day, you’ll tune to Netflix or ABC and find yourself humming along with Archie and Edith Bunker at the piano again.

Live in Front of a Studio Audience: Norman Lear's All in the Family and The Jeffersons airs on Wednesday, May 22, at 8 p.m. ET. on ABC.