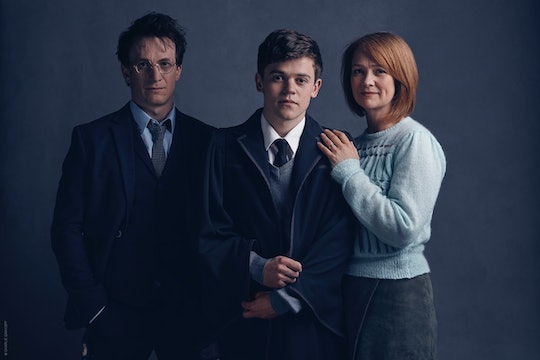 Will There Be Another 'Harry Potter' Book After 'The Cursed Child', After All This Time?

Before we even get to that, let's talk about the fact that on Sunday, July 31, fans will get to reenter the world of Harry Potter. It has been almost 10 years since the last book came out (Harry Potter and the Deathly Hallows), even though chances are you don't need someone to remind you of that. (Seriously, this play-turned-book has been a long time coming.) Harry Potter and the Cursed Child will be a continuation of the story we already know, although it will be years after where we left the characters. It is much less a book as it is a play, “The Cursed Child” which debuts in London this weekend.

Fans are surely going to want more of the story when it comes out this weekend, and there's no shame in that. Unfortunately, there are no clues that we can expect another book, play, script, novel, tweet spree, or even blog post about what happens after The Cursed Child. But, as fans know, J.K. Rowling is very passionate about the Harry Potter franchise, so there's really no knowing where this could lead.

The synopsis of the story reads as follows on the fan-adored Pottermore site:

It was always difficult being Harry Potter and it isn’t much easier now that he is an overworked employee of the Ministry of Magic, a husband and father of three school-age children.

While Harry grapples with a past that refuses to stay where it belongs, his youngest son Albus must struggle with the weight of a family legacy he never wanted. As past and present fuse ominously, both father and son learn the uncomfortable truth: sometimes, darkness comes from unexpected places.

As for now, fans are probably looking forward to any future installment of the series, but in the meantime, some of them have thought of ways to pass the time.

Until we hear any official word, let's just be thankful that "after all this time" we get to indulge in The Cursed Child.