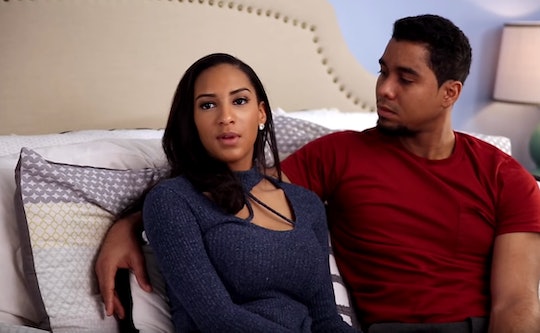 Here's Everything We Know About Season 4 Of ‘90 Day Fiance: Happily Ever After’

As of now, TLC hasn’t officially announced details on a new season, but because the show is highly popular, it is more than likely that the network will a renew the series for a fourth season. In a press release, TLC reported that Season 3 of 90 Day Fiancé: Happily Ever After was wildly successful and earned the network the highest cable ratings for Sunday nights among women. With the success of the series, there’s a real possibility fans will see Season 4 premiere in 2019.

In a separate press release, TLC president and general manager, Howard Lee, revealed that the success of 90 Day Fiancé has led the network to continue expanding the franchise. “2018 was a banner year for TLC,” he said. “Expanding our wildly popular 90 Day franchise and introducing viewers to new stories of transformation — our focus is always on nourishing the superfan. We are laser-focused on sharing authentic, compelling stories viewers can’t find anywhere else, giving our audience more of what they want while providing an escape from the chaos of their everyday lives.”

This enthusiasm for the franchise is a great indicator that there’s more to come. In fact, according to The Wrap, while speaking to media during the Television Critics Association press tour, Lee revealed that TLC is adding another series to the franchise. He announced that network is currently working on a show called 90 Day Fiancé : The Other Way — a series that reverses the premise of 90 Day Fiancé. The new spinoff will tell the stories of engaged couples where one person leaves the United States to move to a foreign country to be with their fiancé. There’s no news on when the new series will premiere, but it will likely see a premiere date in 2019.

While the success of the franchise is a great way to gauge the future of the series, there are also some unconfirmed rumors that Season 4 is already filming. A few reports from In Touch Weekly suggest that two couples from Season 6 of 90 Day Fiancé are filming a new season of Happily Ever After, but again, these reports have not been confirmed.

Unlike 90 Day Fiancé, where fans spend an entire season getting to know new couples, Happily Ever After gives viewers a chance to dive back into the relationship stories of couples they already know. On the last season of Happily Ever After, viewers got an inside look at how some of their favorite couples from previous season were faring after marriage — including Nicole and Azan, Anfisa and Jorge, Chantel and Pedro, Molly and Luis, Russ and Paola, and David and Annie.

If the series comes back for a fourth season, fans can expect to see different couples from the 90 Day franchise, and hopefully, TLC will release updates on the new season soon.