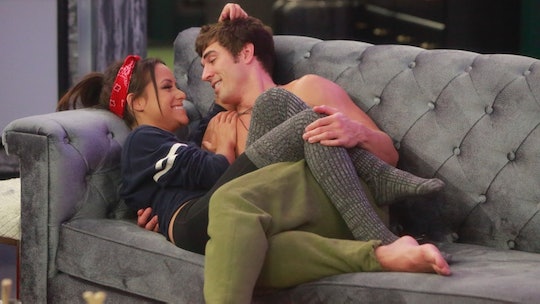 The New Season Of 'Big Brother' Could Include Familiar Faces

Thankfully, Big Brother executive producer Allison Grodner has confirmed to Entertainment Weekly that there will be no returning players this season. "We always try to mix it up and keep it fresh and this year, as you've already seen, there are 16 brand new houseguests that will be playing this game," she said. However, just because past houseguests won't be returning to play doesn't mean you won't see some familiar faces this season.

Grodner promised that because this is the 20th season of the show there will be "nods to [the show's] history and our past houseguests from the get-go. You will see that in the show and throughout the summer." During previous seasons, past houseguests have returned to the show to host competitions, give the houseguests advice, and sometimes to do catch-up interviews with the show's host, Julie Chen.

While it's always great to see former houseguests, most fans are happy this will be a season of all-new players. Veterans always have an unfair advantage over the new houseguests since they've played the game before, as is seen by the fact that Nicole won BB18 and Paul completely dominated in BB19 by gaining control over the whole house (except Cody Nickson and Jessica Graf). Fans have made it abundantly clear that they either want a house full of new houseguests or an all-stars season that only includes returning players. Big Brother 20 may not be the all-stars season many hoped for, at least it seems the producers are listening to fans.

Although most are happy that there aren't any former houseguests competing, many will probably be happy to see some former houseguests pop up for this monumental season. Some popular former houseguests that could show up are Nicole and her boyfriend Victor Arroyo, who also competed in BB18, though the couple didn't officially start dating until after they were out of the house. Victor was also well known for being close friends with Paul while inside the house.

It wouldn't be surprising if Paul also made a reappearance at some point. Josh Martinez, who won BB19, could also make a surprise appearance this season and perhaps give the new houseguests some tips on how to win the game. Hopefully, he doesn't recommend his technique of banging pans together though. I still have a headache from last season. Jessica and Cody could also drop by to discuss their impending nuptials. Though they both agree they went through hell during their time in the Big Brother house, at the end of the day it was that time together that led them to develop a showmance and continue that relationship outside of the house. They even went on to win The Amazing Race together for which they took home a million dollars, twice the amount of money they would have won on Big Brother.

Honestly, the possibilities for who could pop up on this season are pretty endless. Whoever shows up it'll surely be a nice surprise for the houseguests, since they're all presumably fans of the show. You can see which former houseguests show up in the new season when Big Brother 20 premieres on CBS.