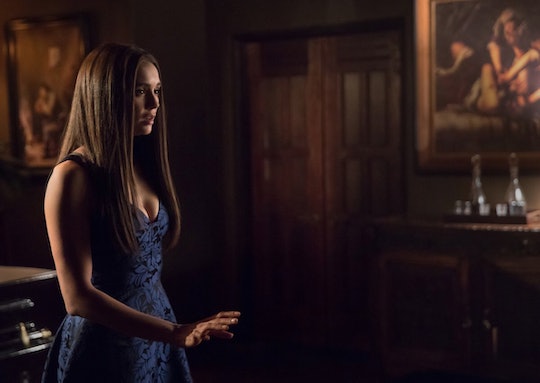 Could More 'TVD' Be On The Way?

The series finale of The Vampire Diaries is finally upon us and many fans just aren't ready to say goodbye. It's been eight years since viewers were first introduced to their now favorite vampires, doppelgängers, and witches and many are struggling to figure out where to go from here. Many are also hoping this isn't really the end. So will there be more episodes of The Vampire Diaries in the future? Unfortunately, that seems unlikely, but that doesn't necessarily mean you'll never see your favorite characters ever again.

Thankfully The Vampire Diaries spin-off, The Originals, isn't coming to an end and is actually starting it's fourth season the week after TVD's series finale. Vampire Diaries characters have popped up on it's spin-off series a few times in the past, and even though TVD is now ending, it looks like that tradition may continue. TVLine confirmed towards the end of last year that Alaric (Matt Davis) will be making his way to New Orleans and will appear in The Originals fourth season in order to bring "a priceless artifact to Elijah."

However, besides an occasional guest appearance on The Originals, it looks like The Vampire Diaries is really truly over for good. In an interview for Variety's podcast Remote Controlled, executive producer Julie Plec explained why she felt it was time for the series to come to an end.

"I just always had to look at what value [could] I continue to add to this show, and if I were to stop adding value, do I believe that it could carry on and be good and be something that I could be proud of from afar?" Plec said. "If we can't complete these characters' journeys full-stop, we're doing a disservice to the legacy of the show."

So there you have it, folks. It looks like our favorite characters' stories are really coming to an end, but hopefully they'll end on a happy note. Stefan and Caroline just got their happily ever after with their wedding, even though Stefan's now a human and Caroline is still a vampire. However, Bonnie wasn't looking too good at the end of the latest episode and Vicki rang the bell tower, which will supposedly destroy Mystic Falls.

Nina Dobrev will be returning as Elena (and possibly as Katherine as well) for the finale and some other familiar faces may be making their way back to Mystic Falls as well (like Jeremy, Tyler, and John Gilbert to name a few). All in all, the finale is looking to be the show's biggest episode yet and I can't wait to see how it all ends.

You can watch the series finale of The Vampire Diaries when it airs on Friday, March 10 at 8 p.m. ET on The CW.