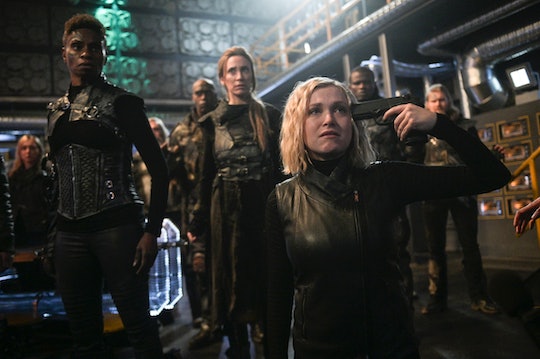 Fans Will Say Goodbye To 'The 100' Next Year

From grounders to mind-controlling nanotech, the brave survivors of The 100 have battled it all. As the action-packed sixth season comes to an end, Clarke (Eliza Taylor) and her friends are on a new planet, fighting creepy new foes as they sort out their own complex political rifts. After the series’ explosive cliffhanger finale, fans are anxious to see what’s in store for Wanheda and the gang going forward. But will there be a Season 7 of The 100?

The good news is that Skaikru will live to see another season, but the bad news is that it will be their last. As reported by Collider, at the bi-annual Television Critics Association press tour, CW head Mark Pedowitz announced the series would end with Season 7 due to a decision made by showrunner Jason Rothenberg. “With #The100 Season 6 finale just days away, I have some bittersweet news to share: Season 7 will be our last,” Rothenberg wrote in a tweet ahead of the finale. “We are eternally grateful to WB and CW for always allowing us to tell our story the way we want to and to wrap the show on our terms. What an incredible ride this has been!”

When talking to TV Line, Rothenberg said he decided to end the series because he felt like it was the right time. “We’ve actually been asking for this to be the last season for a while, because we feel like it’s time to get out while the getting’s good,” he explained. “We don’t want to overstay our welcome — But [The CW wasn’t] ready to commit to that until late last week when I got a call from Mark. He’s been great the whole time about respecting showrunners. He really does give us enough rope to hang ourselves with, so we will now attempt to not do that.”

It’s nice to know that fans will get another season to close out the show’s storylines, especially after getting such an intense sixth season. For five seasons, the crew battled Earth’s deadly atmosphere, leftover AI tech, and myriad groups of survivors. But, after 125 years of cryosleep and space travel, they’ve come upon a new planet with a cult-like society of its own. In the Season 6 finale, titled “Blood of Sanctum,” they are faced with the seemingly supernatural mystery of The Anomaly — a storyline that will take fans into the final season.

The CW hasn’t announced a Season 7 premiere date yet, but fans will likely get a detailed schedule by the end of the year.