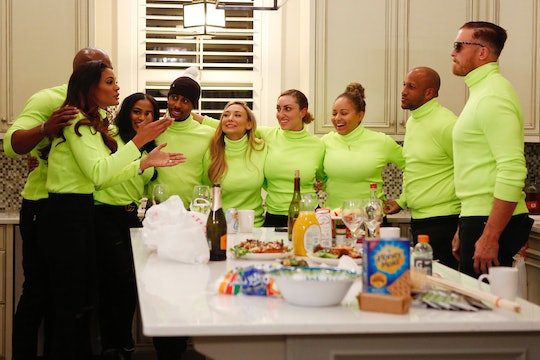 As of now, Bravo hasn’t confirmed a third season, but taking the Southern Charm franchise’s popularity into account, there is a good chance fans will get a new season next year. The show follows the personal and professional lives of New Orleans socialites Tamica Lee, Barry Smith, Reagan Charleston, Jeff Charleston, Justin Reese, Jon Moody, Rachel McKenzie and Kelsey Nichols, and dives into the successes and pitfalls of their relationships, friendships, and careers.

Season 2 saw Tamica and Barry’s relationship evolve. Tamica shifted her position from an early morning anchor to the lead of the afternoon show, so she could give more time to her family and marriage. Barry, who is thriving as a personal trainer, continued to work towards expanding his fitness empire. In the last episode, Tamica and Barry headed to Florida, where the couple renewed their wedding vows in a romantic ceremony.

On the other hand, Jeff and Reagan parted ways this season, but Jeff doesn’t seem ready to move on. Reagan found love with Reece Thomas, and the two announced they were expecting a baby this season. When Jeff found out about the pregnancy, he seemed genuinely hurt and shocked by the revelation. The season finale highlights Reagan and Reece’s wedding, and when talking to People, the reality star revealed she made the decision to get married after she learned she was pregnant.

“As soon as we found out we were expecting, we said, ‘We have to put things in overdrive and plan our wedding,’” Reagan told the outlet. “Both of our moms were adamant we get married before, that’s a very southern thing, and even though I wanted to enjoy the party and some champagne on my wedding day, I also wanted to get married before I started showing. So we jumped in.”

While Reagan and Reece begin their life of love and commitment, Justin isn’t keen on the idea of marriage. He’s been dating his girlfriend Kelsey for a long time, and he does truly love her. But this season, when she told him she was ready to get married so that they could have kids and start a family, Justin admitted that he was reluctant about getting engaged.

Throughout Season 2, Jon continued to wow the art world with his work, and the show’s new addition, Rachel, basically ended up being the friend everyone could count on for advice. It’s safe to say there are plenty of future storylines the show could explore, but until Bravo officially confirms plans for Season 3, fans will just have to keep their fingers crossed.

More Like This
School Is Back In Session! 'Abbott Elementary' Was Officially Renewed For Season 2
'Workin’ Moms' Season 7 Is Reportedly In The Works! Here’s Everything We Know
Khloé Kardashian Shares First Look At Her Son & His Birth
The Office Halloween Episodes: A Definitive Ranking