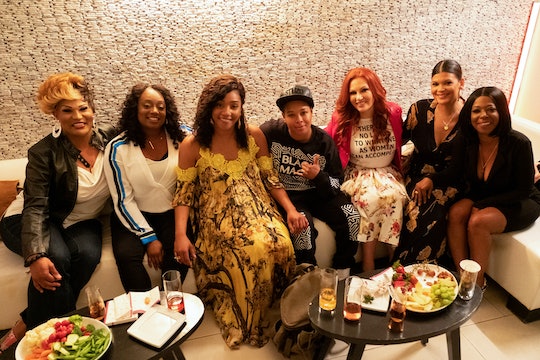 It doesn’t look like Netflix has revealed any plans for a second season, but it may make an announcement by the end of the year. Unlike most networks, Netflix doesn’t release ratings and viewership information, so it’s hard to tell how well a series is doing. But, if Tiffany Haddish Presents: They Ready generates enough buzz and views, there’s a good chance the streamer will renew it for another season.

The first installment of the series features six comics — Chaunté Wayans, April Macie , Tracey Ashley, Aida Rodriguez, Flame Monroe and Marlo Williams — who share a history with Haddish. “They Ready is a divine, diverse and damn funny series of stand-up comedian’s specials,” Haddish says in the first episode. “And I picked them out myself — I handpicked some killer comedians. They’re gonna kill this stage, you’re gonna laugh so hard, you’re gonna pee just a little bit.”

Haddish serves as executive producer of the series, reported Deadline, alongside comedian Wanda Sykes and producer Page Hurwitz. In an interview with the Los Angeles Times, Haddish explained she created the series spotlight some of her favorite comedians, who also happen to be her friends. She revealed that throughout her own comedy journey, she promised her friends she’d put them in something if she ever became famous, and this series is her way of delivering on that promise. “I was always raised to believe all you have is your word, so if you’re always saying stuff to people but never keep your promise and never follow through, then they’ll never take you serious,” she said. “So when I say to these executives at a studio, ‘I want to put her in this movie,’ or ‘I want this person,’ those executives will know that they can deliver. I already know they can. But I need the rest of the world to see. I believe in all these people, because all these people have believed in me.”

She also told the outlet she hopes Netflix will renew the series, so she can continue to highlight more rising comics next season. “If this does well for Netflix, hopefully there’s another season and I can get another six comedians out here,” said Haddish. “I know at least 40 comedians that I think are legends in their own right, but the world doesn’t know about them yet.”

Without getting a look at the viewership numbers and ratings, it’s hard to predict Netflix’s renewal and cancellation decisions. But with this refreshing line-up of comedy talent and Haddish at the helm, I wouldn’t be surprised to see the streamer renew the series for another few seasons.

Tiffany Haddish Presents: They Ready is currently streaming on Netflix.