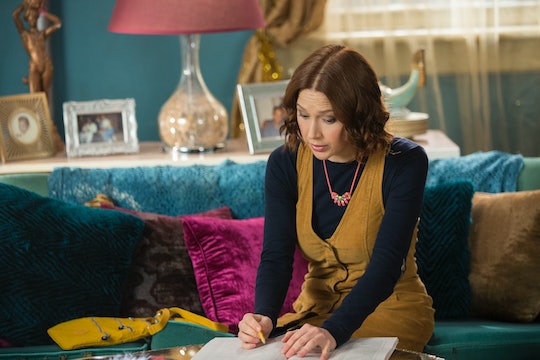 However, Season 3 was confirmed in January 2016, months before the second season aired in May, so it is a little weird that the network hasn't said anything about it yet. The show's creator Tina Fey has also been pretty quiet when it comes to the Kimmy Question, but she's also been busy putting together the Sackett Sisters and building the rest of her television empire. Early reviews of Season 3 are very good. Critics are calling out the pristine evolution of all of the characters, so it could be a matter of seeing how this third season is received by fans and also figuring out what's next for the Unbreakable Kimmy Schmidt story. Remember, no news is good news.

The streaming service also made a bunch of big announcements in the lead up to the Season 3 premiere, like the fact that another season of Arrested Development is in the works. Hopefully, just when everyone's started to get bummed after they binge the third season this weekend, Netflix will cheer us up by say Kimmy's coming back for another hilarious installment.

Because the world needs more Kimmy in their lives. This season, not only does Titus get his Beyoncé on in a full-on Lemonade parody, and delve a little bit into politics, the cast really perfects what they do best: being absolutely hysterical. Fey's co-creator, Robert Carlock, spoke about the cast's talent at a screening of the premiere earlier this month, stating:

Ellie Kemper added, "Speaking of how the jokes come so fast — that’s what she said... You get huge mouthfuls.” What would an interview with the Unbreakable Kimmy Schmidt cast be without a few "that's what she said" jokes?

Hopefully fans and Netflix execs appreciate this upcoming season so that this unforgettable series can continue on for many years to come.