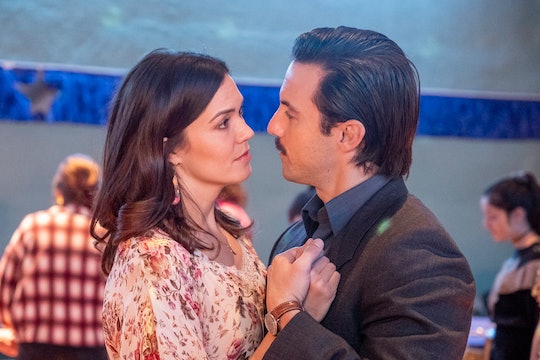 'This Is Us' Could Leave Hulu For NBC's Streaming Service

By April 2020, NBCUniversal will be launching its very own streaming service, dubbed Peacock after the network's famous logo. Instead of lending its shows out elsewhere, it will have a dedicated platform where you can presumably watch most of what NBC has to offer. Quite a few shows that are already on other services will end up migrating to Peacock, but This Is Us is a complicated case. It's not clear whether This Is Us will leave Hulu because of NBC's streaming service. But if it does, it might take a little bit longer than other shows because of the deal NBCUniversal has with Hulu.

Hulu acquired streaming rights to every episode of This Is Us in 2017, as reported by Entertainment Weekly. It was a "co-exclusive deal," which meant that episodes old and new could also be found on NBC.com and the NBC app. At the time, Hulu was owned by Disney, 21st Century Fox, and Comcast's NBCUniversal and Time Warner, according to CNN Business. But Disney will be taking full control of Hulu over the next few years; Comcast is going to sell its share in Hulu to Disney no earlier than 2024.

So what does this have to do with This Is Us? All of this shuffling of companies behinds the scenes has an impact on who owns the streaming rights and where the show will be made available, which is important when you miss an episode and just want to cry-unwind after work the next day.

Vox broke down the specifics of the situation. This Is Us was made by 21st Century Fox, so to air it, NBC had to pay a license fee. And because NBC was a partial owner in Hulu, it made sense for the episodes to be available there after they aired. But the deal changed when NBC renewed the show again. NBC now has the rights to bring any new episodes to Peacock once it's up and running. But that means old episodes of This Is Us could remain on Hulu while the newer episodes head to Peacock.

Regardless of how it shakes out — and it's all just speculation now, because Peacock hasn't even launched yet — nothing is changing immediately. It'll be at least seven months before Peacock is operational, and it may take even longer for all the various contracts to allow This Is Us to make the shift over to it. It seems likely that This Is Us will eventually be on NBC's streaming service, especially as it's one of the network's most popular shows, but it doesn't look like it's going anywhere right now.

The split between Comcast and Hulu should be complete by 2024, per Vox. Over the next few years, NBC shows may start to depart from Hulu (or Netflix, depending) to make their way to the NBC streaming service. But while some shows are guaranteed to leave their current streaming homes for Peacock (like The Office, which exits Netflix in 2021, according to TVLine), This Is Us could be a special case. It won't be clear when or if it's leaving Hulu until Peacock launches.