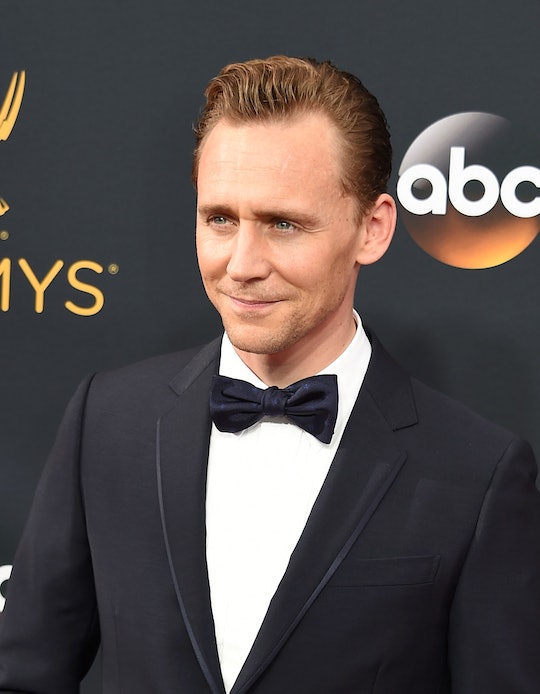 The fourth season of Sherlock is finally upon us, and fans are (of course) chomping at the bit for information about the new season. The internet's favorite rumor at the moment happens to be about another quirky and lovable British actor. Will Tom Hiddleston be in Sherlock Season 4? There's reason to believe he will be. But then again, there's no definitive statement from anyone that proves it. We last caught up with Sherlock and Watson in 2014 when the third season ended, so now the rumors are flying about what's going to happen next.

Fans, as a unit, are convinced that Tom Hiddleston will be making an appearance in the fourth season of Sherlock. Specifically, it is believed that Hiddleston will be playing a third Holmes brother, potentially saddled with the incredible name of "Sherrinford." This was apparently what Sir. Arthur Conan Doyle first planned to name his lead detective before settling on "Sherlock." It is also the name mentioned by Sherlock's big brother Mycroft when he warns Sherlock about "outbursts of brotherly compassion," telling him, "you know what happened to the other one." What other one Mycroft? What other one? The world seems to believe that Hiddleston is the mysterious "other one."

Most of this wild speculation and frenzy arose from a single picture posted to Twitter. In it, Mark Gatiss, who plays Mycroft, and Amanda Abbington, who plays Mary, are seen posing with Hiddleston at Comic Con in San Diego. Gatiss captioned the photo "blud," which in most cases could be assumed to be slang for "blood" meaning "family" or, potentially, "brother." Did Gatiss just give the game away? Is it happening, is it really happening? Well he could just be good friends with Hiddleston and Abbington and simply referred to them as "blud" as a way of showcasing their closeness.

Because none of the confirmed cast or showrunners have answered any specific questions about Hiddleston's potential involvement in any sort of satisfactory way, it's impossible to know if this rumor has any truth to it at all. But perhaps it's better that way, and you internet sleuths can enjoy watching a fictional sleuth with some real surprises. Sherlock is potentially the best adaptation yet of Doyle's beloved novels, and we wouldn't want to spoil the ending now would we?