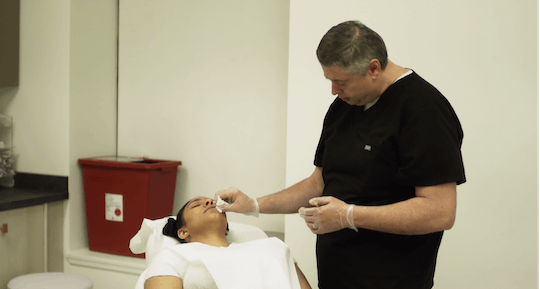 Here's How 'True Life/Now' Compares To The Original

MTV is rebooting its Emmy Award-winning documentary series True Life, which originally ran from 1998 (!) to 2017. Okay, so "reboot" is kind of a misnomer here, since it aired as recently as two years ago, but the updated version promises to take on distinctly ~millennial~ issues. So people tuning in may be wondering: will True Life/Now be like the original True Life? From the looks of it, the format is very much the same.

Each episode will document the lives of a few people all struggling with the same life-disrupting issue. The series premiere, which airs on Jan. 2, is titled "Obsessed With Being A Kardashian" and tackles the lengths to which three super fans will go in order emulate their idols. The extremes range from a Brooklyn woman who spends tens of thousands of dollars on plastic surgery to get the coveted Kim K. body to a military husband in North Carolina who slowly alienates his partner as he dresses in drag and feminizes himself more and more in the hopes of getting Kim's creative team's attention. His ultimate goal is to work with her, but the strain it puts on his marriage — and the feasibility of becoming part of her style team while his husband lives on a military base — presents obstacles.

As you can see, the format of True Life/Now is virtually identical to the classic, but the question of what exactly makes this a "reboot" remains. After all, plenty of OG True Life episodes focused on extreme body dysmorphia, plastic surgery, and other obsessive compulsions, just as the new version seems to. But in any case, the series has always proven to be groundbreaking for the network and True Life/Now is sure to follow in its predecessor's footsteps.