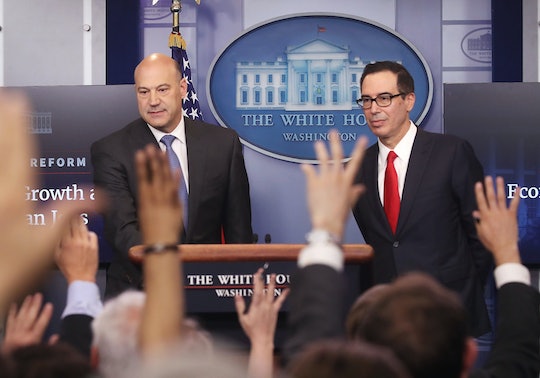 President Donald Trump’s radical plan to slash the nation’s tax code was finally released to the public last week, with an announcement that, for many, delivered more questions than clarity around the administration’s tax package. Among the sweeping changes in the proposal was a plan to do away with most itemized deductions for individuals, with certain key exceptions — those for mortgage interest, contributions to charity, and retirement savings — and no clear direction on non-medical tax credits. For thousands of families who are going through the process of adoption or who have recently finalized an adoption, Trump’s tax plan would have serious implications. So will Trump’s tax plan repeal the adoption tax credit? Unfortunately, there’s a real chance it could go away.

The credit was put in place nearly 20 years ago to help offset the massive costs associated with adoption and to help more families consider adopting children. In a post explaining how the credit works, the Adoption Tax Credit Working Group wrote that the credit has been available to families who choose any form of adoption — whether done privately or through a public agency. In a world where the average domestic adoption costs anywhere from $15,000 to $50,000 — with international adoption costs going even higher — the roughly $13,5700-per-child credit on expenses from attorney's fees to travel is a healthy incentive to families who might not be able to afford adoption otherwise.

And while the credit became a permanent part of the tax code in 2013, advocates are still fighting to make the adoption tax credit more accessible to families. Right now, the benefit is a dollar-for-dollar reduction in how much federal taxes a family owes for the year. It’s non-refundable, which means that only filers who actually have a tax liability are able to use it. Making it a refundable credit would make adoption more affordable to low- and moderate-income families who typically don’t owe taxes at the end of the year, according to the Adoption Tax Credit Working Group website. Reducing the financial burden on those families could go a long way toward helping the 100,000 children currently waiting in foster care find a forever family.

But many are already pointing out how little Trump's plan will do for the middle class. And because it isn’t a deduction, it’s not currently clear whether the adoption tax credit will get the axe under Trump’s plan. At a White House press briefing held just hours before Trump’s 100th day in office, National Economic Council Chair Gary Cohn and Treasury Secretary Steve Mnuchin gave reporters an overview of the administration’s one-page proposal, but could offer few hints on what middle class families should expect if Trump’s plan were actually enacted.

As we enter National Foster Care Month, it’s unsettling to consider how many children would be left without families if the credit were dismantled. But with much of the president’s plans for sweeping tax reform still to come, for now, foster youth and their potential families will have to wait and see what happens.