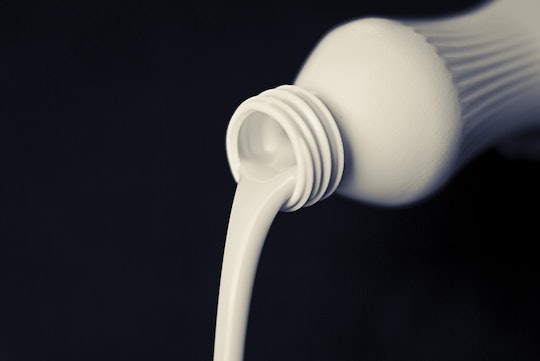 Will TSA Taste My Breast Milk Or Make Me Taste It?

After hearing all the horror stories about breastmilk and airport security, it's totally justified to wonder if the Transportation Security Administration (TSA) will confiscate that liquid gold at the security line. But even if they decide to let you keep your bottles, you may wonder "will TSA taste my breast milk" or even "will TSA make me taste my own breast milk." It's something that no mother should have to do, but the worry exists since it has happened before. Aside from reports of overseas airports asking women to taste their breast milk to prove it was actually breastmilk, USA Today reported that, in 2002, a TSA officer at John F. Kennedy International Airport in New York had a mother drink from three bottles of breast milk to prove it was not contaminated with anything hazardous or dangerous.

Although this situation was written off largely as a post-September 11 effort to increase security, it wasn't the last time a breast feeding mother and TSA agent would butt heads over breast milk. In 2012, CNN reported that a woman traveling from Hawaii with empty bottles was made to express her breast milk in a public bathroom to prove that breast feeding was the reason she was traveling with a breast pump. Due to these headlines, breast feeding mothers are unclear of exactly what it is they should expect when crossing through security lines at the airport.

According to The New York Times parenting section Motherlode, mothers traveling with breast milk are concerned with the possibility that they will be asked to taste or — even worse! — dump the expressed milk in their carry on bag. But with a few unfortunate incidents in their past, TSA is moving forward with a mother-friendly policy that helps to make the process of getting breast milk through airport security as smooth as possible.

Unlike the usual rules for flying with liquids in a carry on bag, breast milk can exceed 3.4 ounces or 100 milliliters, which is the usually the max, according to the official website for the TSA. In lieu of anyone (you or a TSA agent) preforming a taste test, breast milk can be cleared for travel by X-ray, or in some instances additional screening procedures. In addition to the exception of the 3 ounce rule, TSA will also allow women to carry on freezer packs or other appropriate cooling accessories to keep the milk cold.

One last thing to note, is that you do not need to be traveling with your baby in order to carry on breast milk, as Baby Center pointed out. This means that mothers who are traveling for work, but who will be pumping while away, can bring back all those bags of hard work and nutrition with no hassle. And the best part is, no one except your baby is going to taste that liquid gold.