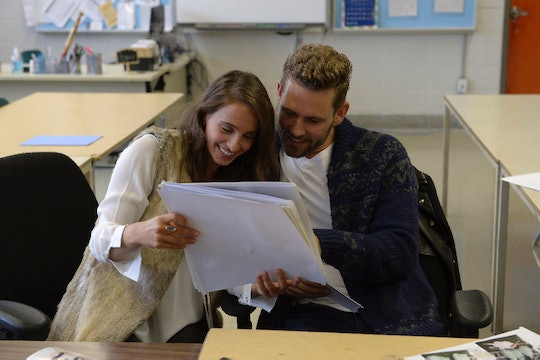 Vanessa Is Having Doubts On 'The Bachelor'

It's crunch time, Bachelor Nation: Nick is down to his final rose, and next week we'll finally find out who receives it. On Monday's episode, he whittled it down to Raven and Vanessa – the former a dark horse, the latter an early favorite. While we said goodbye to Rachel, we knew it was coming: she's the next Bachelorette after all. Now, though, some questions still remain: who will Nick choose and will she choose him? Or will he get dumped again? Will Vanessa dump Nick on The Bachelor? He doesn't look too happy in the finale promo.

There's a definite possibility that Nick chooses Raven over Vanessa. While it would be a wildcard choice — and for sure mess up our Bachelor Fantasy League numbers — she made it this far, so Nick must have feelings for her. It was clear from the beginning, though, that Vanessa was a frontrunner. She went on the first one-on-one date — and even though she ended up vomiting, Nick took care of her. True love, no?... Well, given that Nick had his pick of women, it said something that he was still so into Vanessa after that nightmare-ish date. Given their history, we assume (for now) that Vanessa wins over Nick's heart.

There have been hints, though, that suggest that Vanessa isn't all for this. For one, she's very committed to her family and staying in Montreal — and claims that she will not compromise for this. Nick's hometown visit with Vanessa wasn't as jovial as his others – and neither was their date in Finland. Vanessa opted to go in the fantasy suite with Nick, but not before again discussing that her family means everything to her and she would not move. Things got pretty awkward between them in the hot tub... but then they quickly changed the subject and went in the cabin fantasy suite.

Are these signs that all point to Vanessa winning, and then breaking up with Nick? In the finale promo, Nick looked pretty concerned. Of course, this might just be playing it up — but considering Vanessa's feelings towards compromise and Nick's bad luck in Bachelor Nation, this isn't so far fetched. Perhaps Nick's Bachelor season all culminates in yet another break-up. In that case, he can still find love on Dancing With The Stars! Just kidding, that sounds horrible. But the point remains: there's potential that despite Nick's determination to find love, that he ends up falling short. Whatever the case, we'll find out next week.