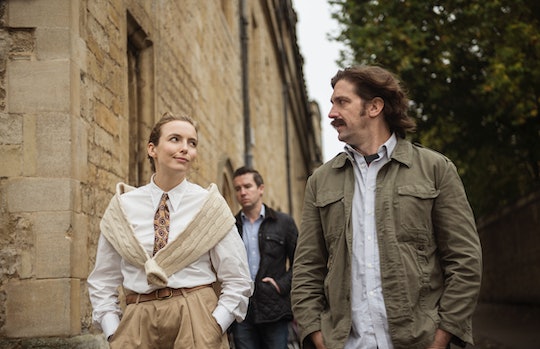 Niko Should Probably Watch His Back On 'Killing Eve'

In "Smell Ya Later," Villanelle introduced herself to Eve's husband for the first time. It didn't go well, exactly, but it also went better than expected; Niko was still alive by the end of their talk, which is more than most people can say when Villanelle is done with them. But as she gets closer to Eve, everyone else who demands Eve's attention is on thinner and thinner ice. Will Villanelle kill Niko on Killing Eve when she decides he's more of a problem than an amusement?

The answer to "will Villanelle kill [insert name]?" is usually a resounding "yes." She has no qualms about killing people, and even delights in it. She also has a history of taking her romantic rivals out of the picture. Before she was an assassin, when she was just a student in love with her teacher Anna, that was exactly what she did. She brutally killed Anna's husband Max, which was why she ended up in jail in the first place.

So far, Villanelle seems content to torment Niko psychologically. She called the school where he works with complaints that he was inappropriate with the students. She stopped by while he was on a class trip so she could taunt him about her relationship with Eve. But there's a lot the audience doesn't know about how the situation unfolded with Anna and Max; maybe Villanelle mocked Max, too, until she got bored.

Villanelle may be content to try paths besides murder for now. She laid some seeds of doubt with Niko, but she also took time to visit his school in disguise so she could encourage one of his co-workers to put the moves on him. If she can manipulate a fracture into Eve and Niko's marriage, then she might be satisfied with that. However, if it doesn't work, then Niko should probably start sleeping with one eye open. Villanelle isn't someone who exercises restraint under the best of circumstances.

To be honest, Villanelle might not have to do much work to ruin Eve and Niko's marriage. They've been growing apart ever since Eve took on a position with MI6. He hates how much danger Eve puts herself in, but he's also slowly becoming aware of how much she hides from him. It's clear he doesn't know his wife as well as he thought he did, and the distance between them is ever-increasing. They might be over before Villanelle has to lift a finger.

The answer to "will Villanelle kill [insert name]?" is still probably "yes." I don't think she would hesitate to take Niko out if it was the thing she wanted to do in the moment. But it's not the only possible ending for this story. Niko will always be in danger to some extent as long as an emotionally unstable assassin is obsessed with his wife. But he might have to worry about divorce papers before funeral arrangements. That's if Eve remembers to serve him with them; as Villanelle pointed out, she's not especially interested in his life lately.