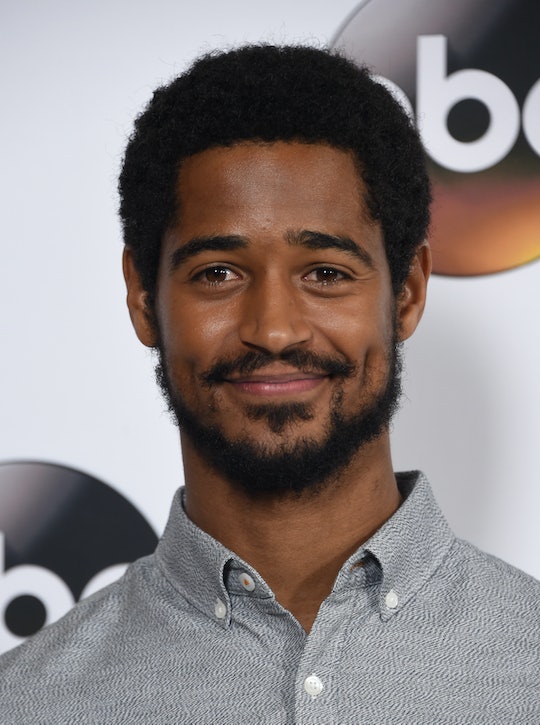 The third season of How to Get Away With Murder left many fans devastated. Fan favorite Wes Gibbons was killed off the show half-way through the season and at the end it was revealed that Laurel's dad was the one behind it. Now that Wes' murder has been resolved, at least for the viewers, will Wes be in How to Get Away With Murder Season 4? Although the cast and crew are staying tight lipped on the subject, fans have reason to believe they'll be seeing Wes again.

Even though Wes is definitely dead on the show, despite many fan theories, he can still appear in flashbacks as he did in the back half of Season 3. While the cast and crew won't say a word about Wes (he hasn't even been mentioned in most interviews) it seems someone may have let the cat out of the bag on this one. On IMDB, Alfred Enoch, the actor who plays Wes, is listed as appearing in four episodes of Season 4 of HTGAWM. One could argue IMDB isn't the most reliable resource, but in the past it's proven to be rather accurate.

Thus, fans can probably see a few more glimpses of Wes in the future episodes, and it'd make sense for him to pop up again. Unlike past seasons, there's not much of a time jump when Season 4 starts. The rest of Keating 5 are beginning the second semester of their second year of law school and everyone's pretty much picking up right where the show left off.

Laurel came very close to killing Wes' real father, believing he was the culprit behind Wes' murder, before the real culprit (her childhood friend, Dominic) intervened. Since Laurel wasn't successful in her plan, it wouldn't be surprising if she was still determined to figure out who really killed Wes and why. Moreover, Laurel is still pregnant with Wes' baby and she'll have to come to a decision about what to do about it sooner rather than later.

With all this going on, it would make sense that Laurel has flashbacks about Wes, or she starts imagining him around. While the latter would definitely be worrying, the former would be nice to see. Surely there's more cute moments between Wes and Laurel that viewers have yet to be privy to, and though they'll be bittersweet I, for one, still want to see them.

Alternatively, it could be Annalise who ends up reminiscing about Wes. It was revealed in the third season that her strong connection to him was because she felt responsible for his mother's death. Losing Wes was devastating for her and it'll take some time to really move past that, so seeing Annalise look back to moments she shared with Wes and recall how much she misses him would be in keeping with that tone.

It's also possible Connor, Michaela, and/or Asher will reflect back on their time with Wes, though it seems unlikely since they'll be busy handling their relationships. At the end of Season 3, Oliver proposed to Connor and now that proposal is still hanging in the air. However, show creator Peter Norwalk promised the question will be answered and the relationship between "Coliver" is "just getting deeper." Also, the pair will continue to get to know each other and learn things they hadn't known before. Oliver will even meet one of Connor's parents.

Meanwhile, Asher and Michaela will move in together and though it's certainly a nice sentiment, since Asher's now broke, I can see this becoming a point of contention somewhere down the line. Plus, in Season 3 he was a Resident Advisor and last time I checked that wasn't a job you could just quit halfway through the year, but maybe that's just a plot hole. Whether or not Wes makes a reappearance, Season 4 is one you won't want to miss.