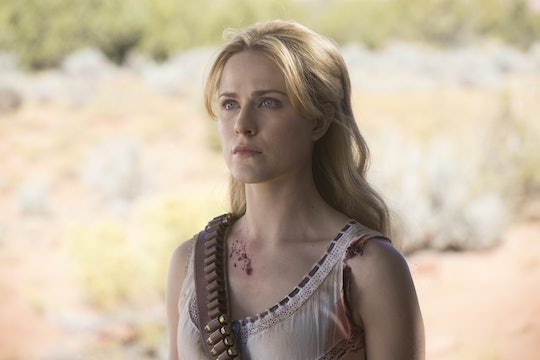 The second season of Westworld is coming to an end and what a shocking season it has been. From the reveal that Ford's consciousness still exists and is controlling Bernard to finally seeing Shogunworld, Season 2 was certainly a ride. That's why if you missed it, you'll definitely want to catch up now. So will Westworld Season 2 be on Netflix?

Unfortunately, Westworld won't be comingto Netflix. But that's okay because just like other HBO shows, you can find the full season on HBO GO and HBO Now. If you have a cable subscription that includes HBO, just log onto your cable provider for access HBO GO. If you don't have a cable subscription, you can get a subscription to HBO Now for $14.99 per month. Additionally, if Hulu is your preferred streaming service, you can actually get an HBO add-on for just an extra $4.99 per month — at least for the first six months. After that it becomes $14.99, but it is still a sweet deal.

No matter how you watch, there are various ways to catch up on Westworld Season 2. And since it's already been renewed for Season 3, you'll definitely want to see what you missed this season, because there was a lot.

The second season of Westworld began right where Season 1 left off. The hosts took over the park, killing almost every human on sight. At first, it wasn't entirely clear what Dolores' plan was other than to kill people, but then she made her goals evident. Dolores wanted to get out of the park and into the real world, a place she'd actually been to before with Arnold. Dolores, and the other hosts, were looking for the door to the outside world.

As for Bernard, he started off the season in a bad place. He was malfunctioning but because no one knew he was a host he had to fix himself up a few times. However, it was all for naught when Charlotte Hale and the Delos team discovered Ford's secret lair, which contained other "Bernard" hosts. With this secret out of the bag, Charlotte quickly got to work uncovering Bernard's secrets.

Season 2 wasn't just about the hosts though. This season also revealed answers about the humans and the real purpose of the park. It was William's idea to use the hosts as a way to observe the guests for marketing strategies. However, that idea was then taken further when William attempted to have his father-in-law's consciousness put into a host after he died.

The experiment didn't work, and the host actually ended up being quite murderous, but that experiment was enough to teach Ford how to save his own consciousness so he could still speak to and control Bernard after death. Along with this revelation, Season 2 also took a close look at William's life outside of the park. Through flashbacks, fans got to see William's relationship with his wife, who committed suicide, and with his daughter, Emily, who blamed him for her mother's death. Emily was a surprising but welcome addition to the show this year, because she showed just how ruthless William can be, even to his own family.

Overall, Season 2 of Westworld was bigger and better than the first. If you missed it you must check it out.