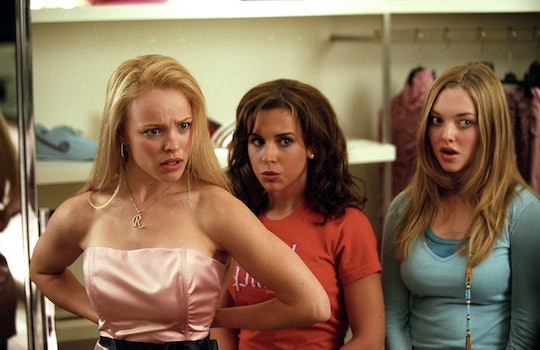 Will You Be My Mom Friend?

There’s a scene in the movie Mean Girls that anyone who has endured even the slightest amount of social anxiety in high school can relate to. Lindsay Lohan, the new girl in school, is walking through the cafeteria, self-consciously trying to find a spot to eat lunch. Each table she stops at yields looks that range from indifference to all-out disdain, and LiLo ends up eating lunch in a bathroom stall, having concluded that she does not belong. This wasn’t the social scene she was meant for.

Though high school feels like it was eons ago, a nagging feeling that I don’t belong has followed me into adulthood, and particularly through motherhood. After I had my first daughter, I became acutely aware of other mothers. They were often in packs, corralling their children together at the park, the playground, the library. And they all seemed to have known each other for forever — an intimacy I found daunting. I’m not saying the mothers I encountered were mean girls— the handful that I met were friendly and welcoming. This unease had much more to do with my own personal doubts and demons. I’m an extroverted introvert (it’s real, I swear), and my making-friends instincts were rusty, a common occurrence for adults after we leave the social petri dish of school. Having a child is supposed to automatically give you something vitally in common with other parents. And with women spending increasingly more time with their children than previous generations while simultaneously looking for every opportunity to encourage their children's development, it makes sense that we would want some connection with a sympathetic adult with built-in friends for our kiddos. So why did I still feel so socially at sea?

Despite the seeming straightforwardness of this social connection (I-have-a-child + you-have-a-child = instant friendship!), the whole endeavor seemed complicated and confounding. The paradoxical thing about mom friends is that it can be so superficial and so intimate at the exact same time. As mothers, many of us have gone through childbirth, many of us have epic birth stories to tell — and we’re happy to share them. We can talk about the tearing, the pooping, the scarring, the blood, the pain, because we know that the other person has probably either gone through something similar or has paid a hell of a lot of attention to stories like ours in solidarity. Other parents know the ring of fire that is the early weeks of newborn-dom, the hallucinatory sleeplessness and thrumming worry and delirious lovesickness. They know the anxiety about wet diaper counting and feeding schedules and strangers coughing near the baby. The whiplash between the profound and the quotidien, the adoration and the irritation, the divine and the disgusting — most parents, especially new parents, will know exactly what you’re talking about. And yet, once you get past the war stories, what else is there to connect you? Once you’ve shared the details of the most intimate and intense moments of your life, what happens when you find you have nothing else in common, parenting-wise or otherwise?

Once you get past the war stories, what else is there to connect you?

I wished there was an app for mom friends, with profiles providing relevant details so I could know exactly what I was getting into. They could read like the personal ads of yore: “Harried mom of twins looking for drinking buddy and workout-accountability-partner. Bonus points if you have a slightly older child and are generous with advice and hand-me-downs.”

Sometimes, after one too many conversations about nap schedules, I would ask myself: if we weren’t both parents, would I still want to be your friend? Do we have anything interesting to talk about other than our children? And what happens if our mom bond disintegrates? The typical friendship drama multiplies when you add your own child to the equation. I met a mother with a kid around my daughter’s age when she was just a few months old. We discovered we had gone to the same college and instantly bonded, spending hours watching our babies crawl on my living room floor. But after some seemingly minor social conflicts, our friendship fizzled, and though I tried to smooth things over, I realized this wasn’t a person I wanted to be friends with in the long run. Fortunately my daughter was too young at the time to really notice the sudden drop in play time with her buddy. But the experience made me anxious about clashing with other mom friends, wary of investing in new ones, and worried about the impact my social missteps would have on my daughter’s friendships. It used to be that my insecurities affected me alone. Now I wonder how much my child is missing out because I’m missing out (or arguably, sometimes, choosing to miss out). Will she pick up on my social anxiety, or even worse, absorb it?

Ultimately, it was my daughter who showed me how to slowly abandon my neuroses.

Motherhood is a fraught experience — combine the social stresses of being a woman with the pressure of raising the next generation; multiply that by the financial burdens, hormonal chaos, and infinite eyes of social media; and divide it by the paltry societal resources and government support, and you have an equation designed to drive most average humans insane. Mom friends can provide a balm to the insanity, or present yet another stress in the form of judgment and comparison. But I really do want mom friends, because this parenting journey is tough enough without company. Mom friends provide advice, sympathy, and solidarity. Mom friends might even fortify your marriage. If it takes a village to raise a child, it also takes a village to prop up a mom.

Ultimately, it was my daughter who showed me how to slowly abandon my neuroses. Maybe it’s all the Daniel Tiger she watches, but despite her mother’s perceived social awkwardness, she’s actually quite emotionally grounded and good at making friends. She isn’t hampered by self-consciousness or self-doubt. At such a young age, she doesn’t worry about how being rejected reflects on her; she shrugs and goes to play with another toy or another friend. As she gets older, I know it will become more difficult and more complicated. But for now, observing her on the playground reminds me of how easy and, dare I say it, fun it can be to make friends.

My daughter befriended another girl at her school, forming a truly adorable bond. Whenever they see each other, they scream and run so hard to hug that they sometimes collide. And to my great relief and delight, I found a kindred spirit in this little girl’s mother. It’s unlikely she and I would have bonded if it hadn’t been for our daughters. Different backgrounds, different ages, and busy schedules doubtlessly would have created blinders preventing me from seeing the possibility and opportunity for connection. But as our daughters hang out more frequently and grow closer, so do my mom friend and I. We talk about what our girls will be like as teenagers together and joke that we should form a family commune. She even passes the would-we-be-friends-outside-of-being-parents test.

We went on a mom date recently, a ladies happy hour that she invited me to, and it was wonderful. My husband watched both girls while we headed out to a bar to meet with other mothers. We talked about being moms, yes, but we also talked about our work, about politics, about celebrity gossip, about how the neighborhood’s changing. Sitting around a big table full of smart, hilarious, supportive women, I didn’t feel awkward or strained. I felt included. I felt grateful and self-assured. I had finally found my lunch table.

More Like This
Widows Are Expected To Mourn Forever — How Do I Date Again Without Shame?
How To Tell If Someone Is Lying To You: 34 Signs To Watch For
This Is What It’s Like To Parent With OCD Right Now
Endometriosis & Your Sex Life