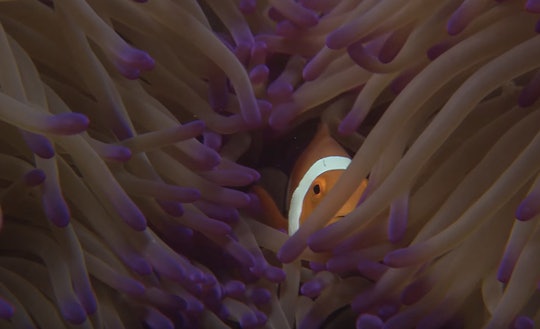 Will Your Kids Ever Be Able To See The Great Barrier Reef? Its Health Is Critical

Diving the Great Barrier Reef is a common bucket list item, especially among kids, who often learn that the massive Australian reef is possibly "the grandest" of the world's seven natural wonders. However, a recent set of images revealed the extent of damage done to the 1,400 miles of reef, and the prognosis is decidedly bad. "If it was a person, it would be on life support," Professor Tim Flannery, Chief Councillor at the Australian Climate Council, told ABC. The reef's quickly declining health begs the question: will the Great Barrier Reef survive long enough for your kids to see it in its full glory?

The answer, unfortunately, is that the Great Barrier Reef hasn't been the same in a while. According to The Independent, in May, 93 percent of the 2,900 individual reefs that make up the Great Barrier Reef showed signs of coral bleaching, killing over one-third of the reef. A recent update showed that the situation has worsened, rather than improved.

"After the bleaching event in May, 60 percent of what we saw was bleached very white," Amanda McKenzie, CEO of the Australian Climate Council, told The Independent. "Another 19-20 percent was covered in sludgy brown algae. Even of what remained healthy, some looked a bit on edge."

When they returned to check on the affected areas, they were met with grim news. As McKenzie explained:

When we went back a few weeks ago to see if they [the affected corals] had recovered or died, quite a large proportion had died.

Thanks to the change in ecosystem, fish population and diversity on the Great Barrier Reef has shifted as well. "There is definitely a major concern for its long term future," tourism operator John Rumney told The Independent. "[Visiting the Great Barrier Reef] is still fantastic, but tourists don't know what they're looking at. They don't know what it should look like."

However, is this the end for the Great Barrier Reef, as Outside Magazine suggested in its widely-shared 2016 obituary for the reef? Not necessarily, say scientists, but that depends on what actions humanity takes right now. "Its not too late," McKenzie explained, "but we need to act to protect whats left of the reef and give it the best change of survival into the future."

She continued with a quote worth sharing with your kids:

[Climate change] is not a future issue, it’s having an effect now on an enormous ecosystem — you can see the great barrier reef from space. That should be a warning bell for the whole world. This is happening now, and it’s worse than we expected.

So if you want the Great Barrier Reef to live long enough for your kids to see it, remedial action needs to be taken — immediately. As marine scientist John Pandolfi wrote in a Guardian op-ed in June, the greatest threats to the Great Barrier Reef are overfishing, pollution, and climate change. We might feel like lowly citizens unable to effect change, but government officials' careers depend on listening to our concerns. According to Pandolfi, we need to pressure governments to place a moratorium on coal (cutting down on greenhouse gases), encourage officials to listen to scientists when making decisions that impact the environment, and consistently spread the word about the seriousness of the Great Barrier Reef's situation.

Luckily, kids are drawn to causes and it's easy to inspire them to make positive changes. Start right away by cutting down on the amount of trash your house produces, encouraging them to pick up litter, and getting them involved in writing to officials or taking part in protests. That way, they can play a part in keeping what remains of the Great Barrier Reef alive.