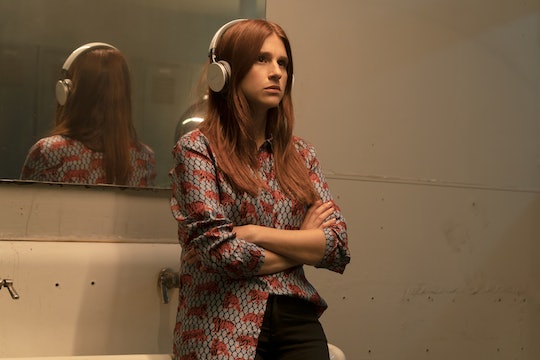 The Creators Of 'You're The Worst' Have A Big Finale Planned

FX's You're the Worst has given fans five seasons of infuriating moments between its central couple Jimmy and Gretchen. But since Season 5 has them walking down the aisle, fans may be wondering whether You're the Worst would be renewed for Season 6. Sadly, FX announced that Season 5 would be the show's final season when it was first renewed. Back in November of 2017, the network promised that the show would be ending on its own terms in a manner that satisfied fans.

"[Series creator] Stephen Falk has been an extraordinary creative partner to work with over the past four years, and it is in that spirit that we came to the mutual decision to end You’re the Worst with its fifth season," FX Networks president of original programming Nick Grad said in a statement, according to TVLine.

But in a January 2019 interview with TVLine, just ahead of the Season 5 premiere, Falk contradicted that statement and said it was actually "the network's decision" after all.

"We probably could've done one more," he said, but conceded that doing five seasons "felt right." The long lead time between the announcement and the final season airing, he said, "gave us an opportunity to do a final 13-episode season [and] really bring it to a close...this was a nice way to bring it home."

In a cast sneak peek of Season 5, Gretchen's Aya Cash admitted that she hopes the series finale provides closure for this truly awful, narcissistic and immature couple. But she also hopes it's not too neatly tied with a bow, since the series is so much about bucking the fantastical norms of your typical rom-com. "What I love about the show is the lack of fantasy and the real romance behind it, which is steeped in cynicism," she said with a chuckle.

The cast did reveal in an interview with The Hollywood Reporter last August that the series finale takes a big swing which they initially thought was too over the top, even for them. But by the time they finished the episode's table read, it all made sense. And Falk promised fans would enjoy a gratifying ending, including an epilogue and a flash-forward.

"We don’t leave it exactly right there, I'll say," he vaguely explained to TVLine of the series finale. "It doesn’t end where it ends, in terms of linear time. In the finale, there’s extra bonus information that I think is going to make a lot of people happy."

It's a bummer to hear that the Apr. 3 episode will officially be the show's series finale, especially when its creator thought he might have had one more season in him. But it also sounds like everyone went out of their way to make sure its ending would pay respect to the show, its characters, and its loyal viewership. Plus, now You're the Worst fans can look forward to enjoying whatever is coming up next from Falk, Cash, and the rest of the show's stars.