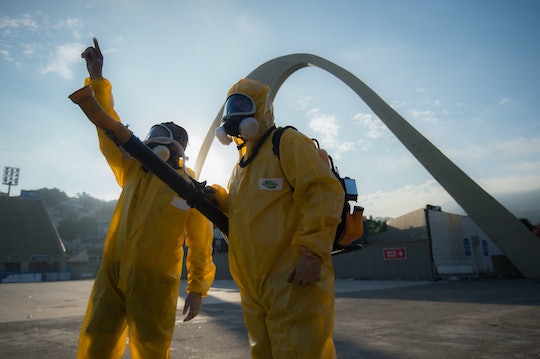 Will Zika Virus Affect The Entire United States? It Could Follow The Same Pattern As Other Previous Outbreaks

The Zika virus outbreak is far worse than originally expected. More than 1.5 million people have been infected by Zika, across 21 different countries, including Brazil, Colombia, El Salvador, Haiti, Honduras, México, Venezuela, Puerto Rico, and the U.S. Virgin Islands since the virus began picking up steam earlier this month. Just this Monday, the World Health Organization (WHO) warned that Zika would most certainly spread throughout most of North America as well, affecting all but two countries (Canada and Chile). But will Zika virus affect the entire United States?

While it is still too soon to tell, officials are predicting that Zika is likely to follow the same pattern as Dengue fever in the United States. Similar to Zika, Dengue is a virus that is typically transmitted by the same species of mosquito as Zika, the Aedes aegypti. It first reached Puerto Rico in the '70s, but according to Florida health officials and WHO, Dengue didn’t reach Florida, the Gulf Coast states, and Hawaii until the 2009/2010 mosquito season.

Unfortunately for Americans, Scott Weaver, director of the Institute for Human Infections and Immunity at the University of Texas Medical Branch in Galveston, told Vox that he believed Zika would likely spread much faster than Dengue. "It’s spreading really fast," Weaver said. "I think [Zika virus] is going to be knocking on the doorstep in places like Florida and Texas probably in the spring or summer."

Luckily for some, mosquitos do tend to avoid certain areas of the United States more than others. Even better news for those worried about catching the virus, some experts have said that they do not believe the United States will be nearly affected as its southern counterparts, such as Brazil, El Salvador, and Jamaica, to name a few.

Why? As Derek Gatherer, a researcher who specializes in the evolution of viruses at Lancaster University in the U.K., explained to Huffington Post recently, the United States has several advantages when it comes to dealing with Zika and other mosquito-born diseases that other countries do not. "Despite going through a similar rapid spread through Latin America about 15 years ago, [Dengue] hasn't really ever done more than appear sporadically in the [States]," he said, attributing the difference to luxuries like air conditioning and window screens.

The West Nile virus, another mosquito-borne virus, was able to permanently establish a presence in the United States a few years back, because of its ability to survive in humans, horses, and birds, thereby giving the virus a wider variety of hosts. In contrast, Zika and Dengue can only survive in humans, leading Gatherer to believe that Zika's spread could be halted because of a lack of hosts down the line. "[I expect] Zika might well be more like dengue and chikungunya and less like West Nile virus," he said. "[But] we'll just have to wait and see."

There is no vaccine for Zika virus, and no cure. As such, earlier this week, the Centers for Disease Control (CDC) recommended anyone traveling to countries where Zika is to take anti-mosquito precautions, saying in a statement,