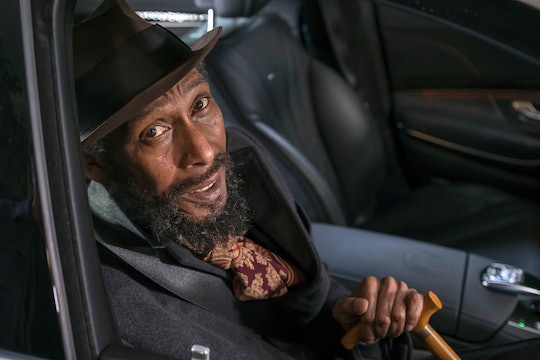 William's Backstory is Revealed On 'This Is Us'

Fans knew William's death was going to be sad on This Is Us, but we also knew that it was inevitable. Try as Randall might to think a miracle drug could be created in time, it's been clear from pretty much Day 1 that Randall's biological father was not long for this world. And during Tuesday night's episode "Memphis," that tragic storyline was finally played out. William died on This Is Us and it was just as heartbreaking as we all expected it to be. In fact, probably even more so.

This NBC drama has made a habit of not pulling back any punches when it comes to heart-wrenching moments, and this week was no exception. But if William had to leave us, I have to admit that his sendoff couldn't have been more perfect. Knowing that he didn't have many days left, William and Randall (who's been successfully recovering from his recent anxiety and panic attack) decided to take a trip to Memphis to see where William was raised. The two of them made various stops along the way, including a visit to a tree where some of Jack's remains were spread so William could say hello Randall's father and thank him for raising such a wonderful man. (No, I'm not crying, YOU'RE crying.)

From there, William takes Randall to visit the house he was raised in by his mother as well as the club he used to play at with his cousin during their days as a band. This allowed Randall the chance to get to know some distant relatives — something that will mean even more to him now that his father is gone. It was a great chance for these two characters to bond one final time and give William the opportunity to leave this world in the same place he came into it.

Throughout the hour, fans were also treated to various flashbacks from William's past to show us a bit more about his backstory, including his close relationship to his mother and even how he came to meet/fall in love with Randall's birth mother. Suffice to say, this entire episode was one big tribute to William and honestly he deserved every last minute of it. Much like Jack, William has become a beloved character on the show that we knew we were going to lose. But like I mentioned before — if he had to go, the writers couldn't have done more justice to the character. He may be gone, but he definitely won't be forgotten.