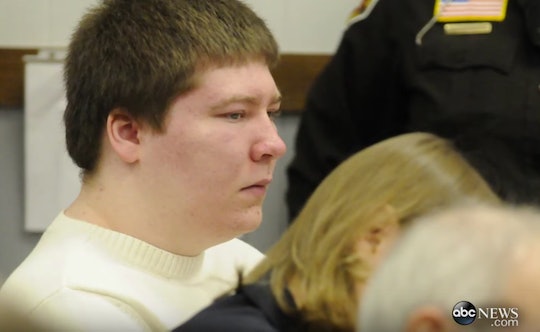 Just weeks after good news came for Making A Murderer subject Brendan Dassey, bad news has followed. On Aug. 12, a federal judge in the state of Wisconsin overturned Dassey's conviction and ordered for his release from jail. This was great news for Making A Murderer fans who believed in Dassey's innocence with his involvement in the alleged murder of Theresa Halbach. Now, however, the state of Wisconsin has appealed Brendan Dassey's overturned conviction — meaning this process will drag out even more.

In August, Judge William E. Duffin ordered for Dassey's release from prison detailing why he overturned the conviction in official court documents. Judge Duffin cites "false promises" along with "Dassey's age, intellectual deficits, and the absence of a supportive adult" for reasoning behind why he believed that Dassey's conviction was "involuntary" and should be overturned. Dassey was sentenced to life in prison in 2007 and is now 26-years-old.

In the same documents filed by Duffin, it states that Dassey "must be released from custody unless, within 90 days of the date of this decision, the State initiates proceedings to retry him." It is this important line that has allowed the state to appeal Dassey's overturned conviction.

Today, however, Wisconsin Attorney General filed the appeal for Dassey's overturned conviction and then released a statement on the Wisconsin Department of Justice's website:

We believe the magistrate judge's decision that Brendan Dassey's confession was coerced by investigators, and that no reasonable court could have concluded otherwise, is wrong on the facts and wrong on the law. Two state courts carefully examined the evidence and properly concluded that Brendan Dassey's confession to sexually assaulting and murdering Theresa Halbach with his uncle, Steven Avery, was voluntary, and that investigators did not use constitutionally impermissible tactics.

The Halbach family has been notified of the appeal and fully supports the State's decision to seek justice on behalf of their daughter.

Dassey's attorneys posted a statement on the Bluhm Legal Clinic's Wrongful Convictions of Youth website in response to the appeal:

We are disappointed in the State's decision to prolong Brendan's case by seeking an appeal. We look forward to continuing to defend his rights in court. Like Brendan, we remain grateful to his many supporters for their continued loyalty and strength.

According to New York Daily News, Dassey will remain jailed during the conviction appeal. According to Business Insider, if the appeal is unsuccessful, Wisconsin state prosecutors could still decide to retry Dassey for the crimes he had been originally convicted of. However, according to the Milwaukee Journal-Sentinel, if prosecutors do decide to retry Dassey, they will have to do so without Dassey's confession, Dassey's attorney Steven Drizin told the newspaper. This is a pretty huge deal considering the fact that there is reportedly no physical evidence that links Dassey to the crime.

The initial overturning of the conviction was huge news for fans of Making A Murderer, who watched Dassey what looked like was being coerced into confessing. While this appeal is less than positive news for Making A Murderer fans, it is one step closer to bringing justice for Brendan Dassey — even if it is delayed.