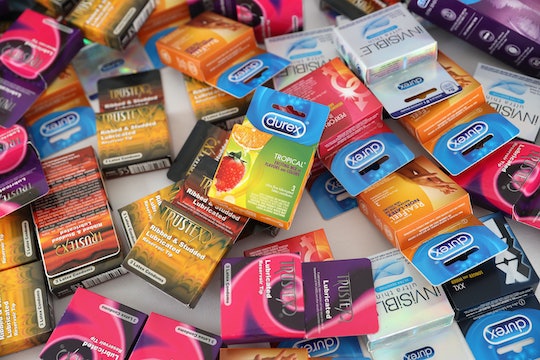 Recently, awareness has spread about a troubling act called "stealthing," in which a person removes a condom during sex without consent from his or her partner. Although it's obviously a violating practice, it has yet to be criminalized as sexual assault, and one Wisconsin lawmaker wants to change that. A new state bill would make stealthing illegal, and that's a promising step in the right direction.

Wisconsin state Rep. Melissa Sargent, a Democrat who represents parts of Madison in her district, introduced a bill called LRB-3346, which states that, if "an actor removes a sexually protective device such as a condom before or during sexual intercourse or other sexual contact without his or her partner's permission, there has been no valid consent to that sexual act."

The bill comes in response to a recent paper by Alexandra Brodsky in the Columbia Journal of Gender and Law, which brought widespread attention to the practice. In it, Brodsky interviewed victims of stealthing, who had consented to sex with the understanding that the partner would wear a condom, only to realize later that the partner had removed it at some point during the act. The victims described consequences like pregnancies and sexually transmitted infections, as well as, Brodsky wrote, "a clear violation of their bodily autonomy and the trust they had mistakenly placed in their sexual partner."

Disturbingly, Brodsky also uncovered online message boards in which men celebrated and encouraged stealthing, saying that it was a man's right to "spread one's seed."

In the newfound awareness of stealthing, the practice has often been referred to as a "trend," but that term seems to downplay the seriousness of it. Brodsky said in an interview that she prefers to refer to it as "nonconsensual condom removal."

And given that victims of the violating practice might be met with skepticism about the very real effects it can have, it's encouraging to see Sargent taking an official, law-based stand to fight it. In a statement about her proposed bill, she said,

Sexual predators will continue to find new, egregious ways to violate and victimize others, and it’s important that as legislators we take concerted steps to be responsive as we become aware of it. This behavior is predatory and disturbing, and people should know we not only find it reprehensible, but that we won’t tolerate it. Ignoring it is simply not an option.

The bill would also apply to the removal of diaphragms.

Here's hoping that Wisconsin adopts this bill into law, and that other states soon follow suit, showing predators that this kind of violation is not okay.

More Like This
11 Signs Your In-Laws Don’t Like You
The 4 Main Parenting Styles & Which Is Best For Kids
Yes, It’s Possible To Get Pregnant If You Have An IUD
How To Handle It When Someone Criticizes Your Parenting