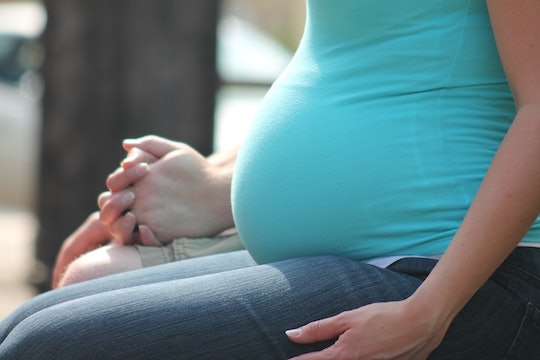 Woman's Viral Letter To Congressman Is A Must-Read

When it comes to the GOP’s health care plan to repeal and replace Obamacare, plenty of existing protections are at risk. That's especially true for women, whose “pre-existing conditions” will undoubtedly hike up their insurance premiums, should the Senate pass the latest version of the American Health Care Act (AHCA). As a result, the people behind this repeal, mostly men, are getting some warranted criticism from concerned Americans, and now, one woman’s response to a congressman on maternity care has gone viral — for good reason.

At a town hall meeting in Dubuque, Iowa on May 8, Rep. Rod Blum explained why he voted for the GOP’s plan to partially repeal Obamacare, also known as the Affordable Care Act (ACA). As The Washington Post reported, the crowd continuously yelled and jeered as Blum spoke for about two minutes, which got even louder when he said making a man pay for maternity insurance was one of the “crazy regulations” he and other Republicans hoped to undo.

“Get rid of some of these crazy regulations that Obamacare puts in,” Blum said at the town hall meeting earlier this month, according to The Washington Post, “such as a 62-year-old male having to have pregnancy insurance.”

Though his suggestion prompted the Iowans to make impassioned statements and ask justified questions, Barbara Rank — a 63-year-old retired special education teacher, according to The Washington Post — sat quietly until she got home. Rank then penned a 96-word open letter to the congressman that perfectly summed up how a democracy works and submitted it to her local newspaper, The Telegraph Herald.

According to The Telegraph Herald, Rank wrote:

Congressman Rod Blum in a Dubuque town hall (Monday) night asked, “Why should a 62-year-old man have to pay for maternity care?”

I ask, why should I pay for a bridge I don’t cross, a sidewalk I don’t walk on, a library book I don’t read?

Why should I pay for a flower I won’t smell, a park I don’t visit, or art I can’t appreciate? Why should I pay the salaries of politicians I didn’t vote for, a tax cut that doesn’t affect me, or a loophole I can’t take advantage of?

It’s called democracy, a civil society, the greater good. That’s what we pay for.

The letter has since gone viral with more than 100,000 reactions on Reddit after a user snapped of picture of the newspaper column and added the title, "This is democracy manifest." It's also been shared hundreds more times on Twitter and Facebook, with users commenting that Rank's letter was "priceless" and that it got "to the heart of the matter."

Men — the sons, husbands, and fathers of the women who physically receive this maternity care coverage — benefit from this because it ensures that expectant mothers are well cared for during pregnancy, and their children — boys or girls — will be healthy and able to contribute to society one day. That's why a 63-year-old male politician should pay, and why all of us should pay attention.